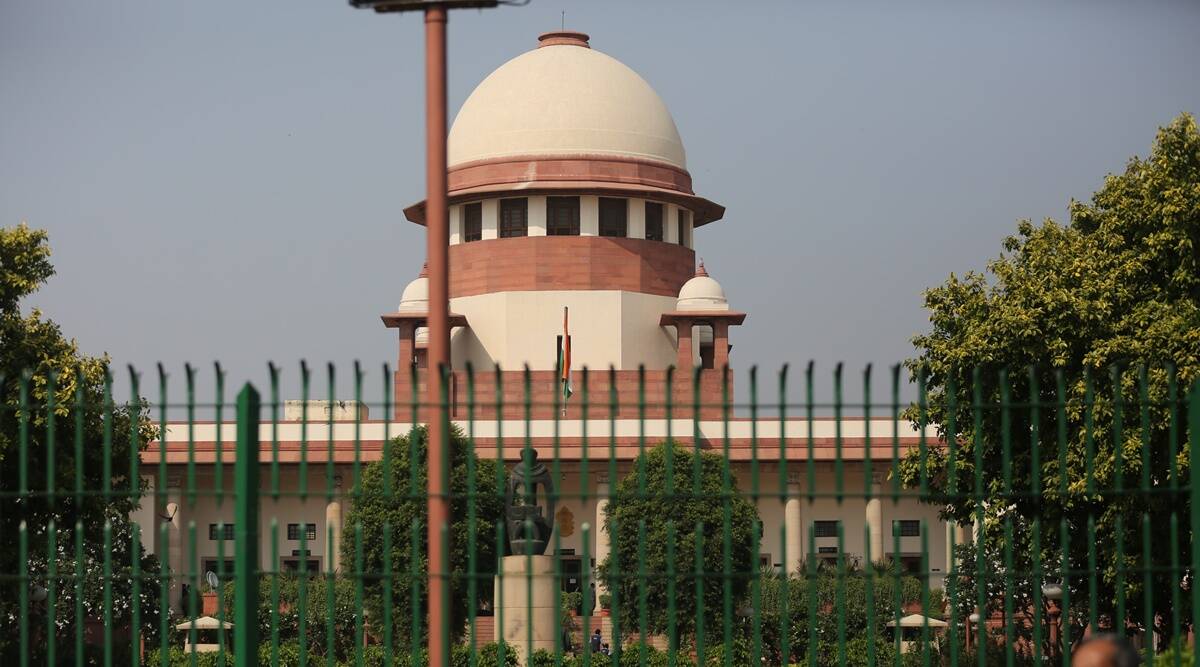 The remarks came as Senior Advocate Vijay Hansaria, the Amicus Curiae in the matter, pointed out to the bench, also comprising Justices D Y Chandrachud and Surya Kant, that many states had withdrawn cases without giving any reason. 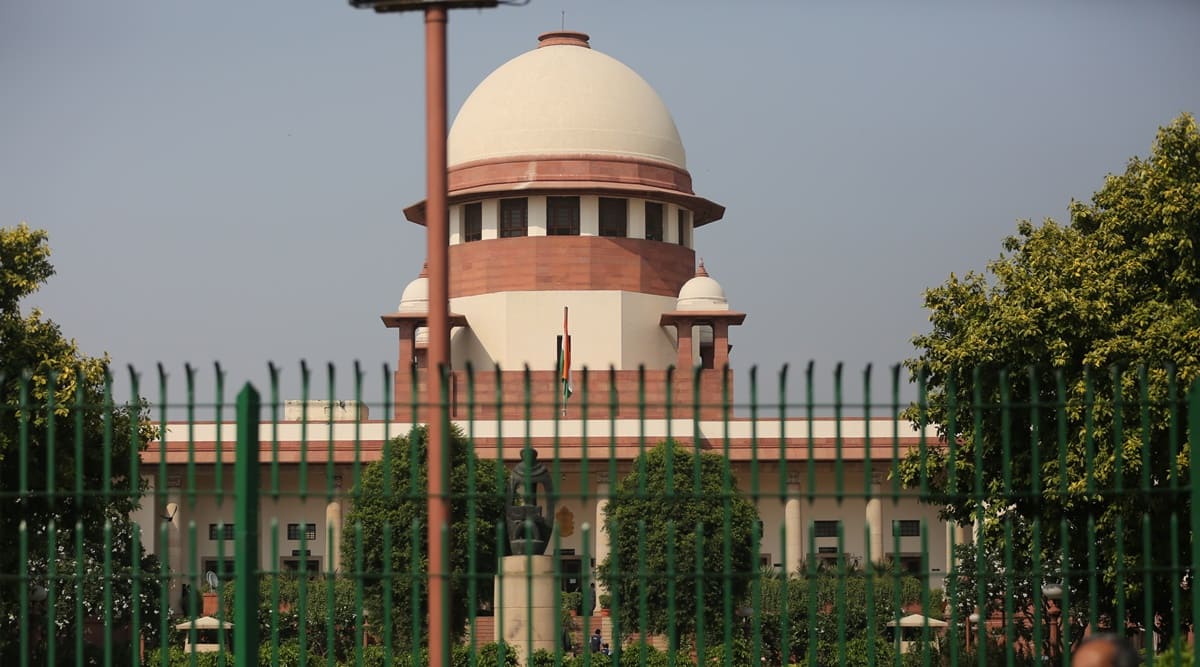 SUPREME COURT on Wednesday said it was not against states withdrawing cases, but the exercise should be subject to scrutiny by courts.

“We are not against withdrawal. But it must be examined by the judicial officer, it must be examined by the High Court. And if they agree, it can be withdrawn,” Chief Justice of India N V Ramana, heading a three-judge bench, said while hearing a plea regarding setting up of special courts to fast track cases against sitting and former legislators.

The remarks came as Senior Advocate Vijay Hansaria, the Amicus Curiae in the matter, pointed out to the bench, also comprising Justices D Y Chandrachud and Surya Kant, that many states had withdrawn cases without giving any reason.

Hansaria drew the court’s attention to his report, which said the Uttar Pradesh government had withdrawn 77 cases related to the 2013 Muzaffarnagar riots. The report, submitted in court on Tuesday, said Karnataka too withdrew 62 cases without assigning any reason but the High Court stayed the process. Tamil Nadu withdrew four cases, Telangana 14 cases and Kerala 36 cases, it said.

On the report saying that no reason had been given for the withdrawal, the CJI observed: “That’s the problem. They will simply add one word – that these cases were instituted by earlier government or some official.”

“We can’t examine each and every case. Let them go to High Court,” the CJI said, clarifying that states do have the power to withdraw cases under Section 321 of the Criminal Procedure Code. “Government has power to withdraw cases. We are not against that. Particularly because these people are public representatives and there is a possibility of misuse of the provision. So let the High Court examine it.”

The court also expressed displeasure over delay in investigation and trial of cases probed by the CBI and ED.

“We don’t want to say anything about investigating agencies as we don’t want to lower their morale. They are overburdened. Same with judges. That’s why we are restraining ourselves. Otherwise, it [report submitted by the Centre to the Amicus Curiae on status of cases with central agencies against MPs and MLAs] speaks volumes,” said CJI Ramana.

The court said the “report is very, very inconclusive”.

“There is no reason you have given for not filing chargesheet for 10-15 years…. They have not analysed these cases and said what is the reason for delay… In one case, you just attach property and no chargesheet is filed. Particularly the ED not doing anything. Simply attaching properties worth crores of rupees does not serve any purpose.”

Appearing for the Centre, Solicitor General Tushar Mehta said: “I’m in agreement that wherever there is investigation or trial pending, it has to be expedited.” He said wherever investigation is pending, the court can direct its completion in six months.

Mehta said some of the cases were pending as higher courts had stayed the trial. But the bench said there were only a handful of such cases and added that it has already directed High Court Chief Justices to look into the stay orders.

CJI Ramana said the pandemic has disrupted court work but that should not affect the investigative agencies: “They can go anywhere.”

Mehta said in ED cases, the money is parked outside the country, in tax havens, and they either don’t respond or respond late to communications from investigative agencies.

He complemented the court for pursuing the matter of fast tracking of cases against legislators, saying “because of your indulgence, the wheels have started moving and we are going in the right direction. Only some mandatory time limit needs to be be fixed”.

“Your intervention has contributed immensely to the purity of politics in this country,” he said.

Hansaria termed the report “shocking” and sought to impress upon the court the need to expedite trial. The CJI responded that it has already told the SG “that they must do something”. “If they don’t have any case, drop it or else file chargesheet,” he said. “We will ask the SG to give explanation for this, specially for the ED, CBI.”

Flagging the issues of lack of judges and requisite infrastructure, the CJI said: “It is easy for us to say expedite trial and all, but where are the judges? In some cases special courts have to formed. We asked Government of India to provide special courts but may be they are not in position to do that. Infrastructure is another problem.”

“Just like us, investigative agencies are also suffering because of lack of staff etc. Also, whether small or big case, everyone wants CBI, CBI. These are some of the issues we can’t close our eyes to,” he said.

Justice Surya Kant said the SG can find out from the CBI and ED Directors how much additional manpower is required. Mehta agreed to do this.

The SG also informed the court that the government has released Rs 110.98 crore towards improving the digital infrastructure.

Indicating issues in the way this was being handled by courts, the CJI said, “We are discussing about that issue. There are some problems on part of our brother judges in HCs also. Reason is they are little cautious about spending money. Especially being judges, they measure each paisa. Some times it causes delay. We’ll give proper instructions to our e-committee.”

Appearing for a convicted MP, Senior Advocate Mukul Rohatgi said the complainant in the matter was objecting to his appeal being heard on the ground that the SC had only directed fast tracking of trials and not appeals.

Justice Chandrachud told Rohatgi, “Once convicted, you stand on same footing as any other person before High Court. But if they apply for suspension of sentence that has to be heard.”

The bench said there is no question of priority but also no question of stopping the hearing. “We don’t prevent the High Court but we don’t want to give priority to your client,” it said.

The bench told Senior Advocate Vikas Singh, who appearing for the PIL petitioner Advocate Ashwini Upadhyay, sought a lifetime ban on convicted lawmakers from contesting elections, that it was an issue for Parliament to decide but agreed to hear him on the next date.