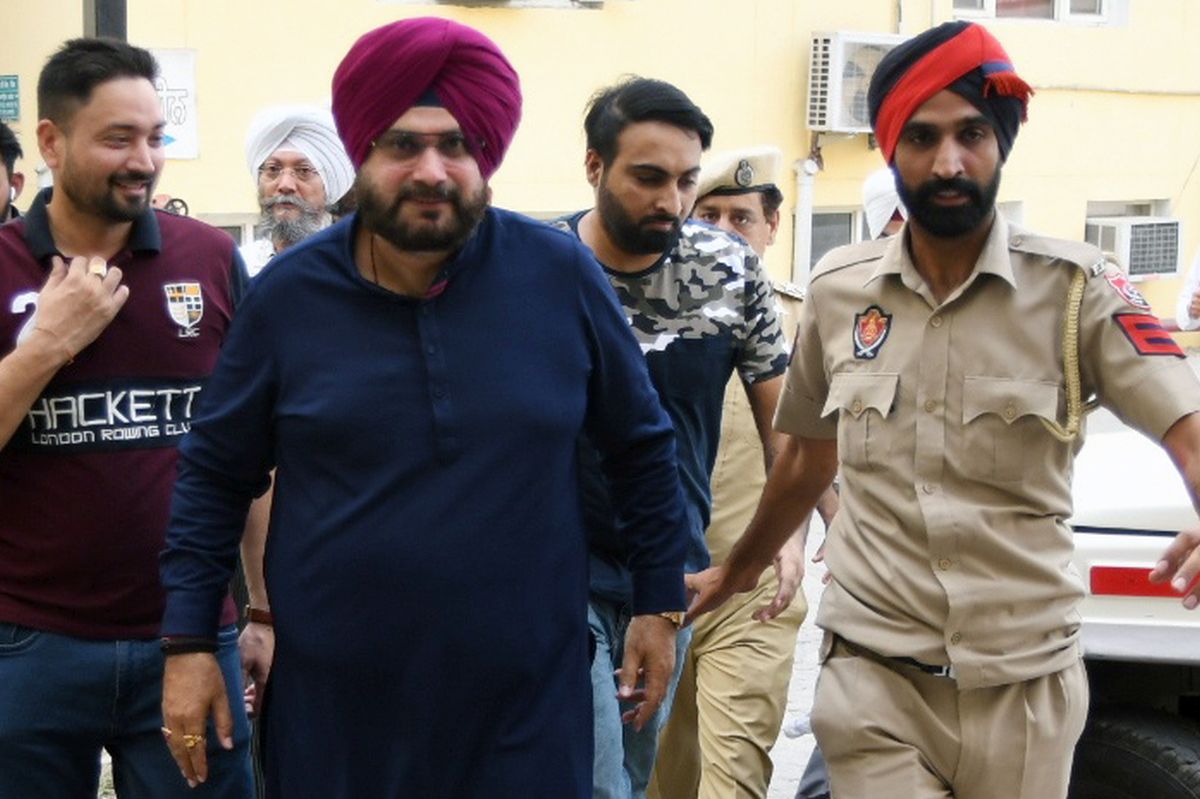 Navjot Sidhu’s life inside jail won’t be ten percent as hard as that of an ordinary convict who is in jail for assault leading to unintentional death, argues Sudhir Bisht.

Navjot Singh Sidhu is in jail and not surprisingly he will enjoy the trappings of a great life there too.

Okay, a great life may be an exaggeration, but Sidhu’s life inside jail won’t be ten percent as hard as that of an ordinary convict who is in jail for assault leading to unintentional death.

Mind you, he has been given one year’s rigorous imprisonment. In Hindi, it is called ‘सश्रम’ imprisonment which means jail term with hard labour.

That’s why I was very surprised when it became known that Sidhu would work as a ‘munshi‘ (a clerk) inside the Patiala jail.

In any case, some Indian clerks are known to be easygoing. They report late for work and take frequent ‘chai-nashta‘ breaks. Their lunch hour can extend for two hours and they leave for home half-an-hour before closing time.

“I came to office late and hence I must leave early. I cannot be late both sides,” a clerk in Ludhiana once told me when I asked him why he was leaving office so early.

Sidhu will have to strive hard to live up to that tradition.

I also understand that Sidhu will enjoy a diet that may look bland, but is exotic and expensive. Mercifully, Sidhu will pay for his intake.

He takes about five or six meals and mini meals in a day and this includes strange juices, lesser known fruits and aromatic varieties of tea.

Thank God, there would be no Patiala pegs for him. Not because it can’t be arranged, but because Paaji is a teetotaller.

I am not surprised that Sidhu will have no sense of unease in the jail.

He has mended fences with Punjab’s powerful ruling people. Why did no one notice Sidhu’s high praise for Punjab Chief Minister Bhagwant Mann?

‘Mann has not changed at all after he has become chief minister. He was humble and listened to my suggestions,’ Sidhu said after their meeting.

Am I suggesting that Sidhu had a premonition that he would go to jail and hence went overboard in his praise for Mann?

Of course, I am suggesting just that. He is known for being wily and has a no holds barred approach in political duels.

For him, his glory comes first and foremost. Sidhu has always acted for personal gain.

He was single-handedly responsible for Captain Amarinder Singh’s ouster as Punjab chief minister. He accused Captain Singh of being aloof and inaccessible to party workers and the public.

He talked about lack of democratic values in the Akali Dal and often accused the Badal family of nepotism and ‘parivarwad‘, but he had no problems with the ‘first-family-first-always’ rule in the Congress where the troika of mother-son-daughter have the first and the last word. 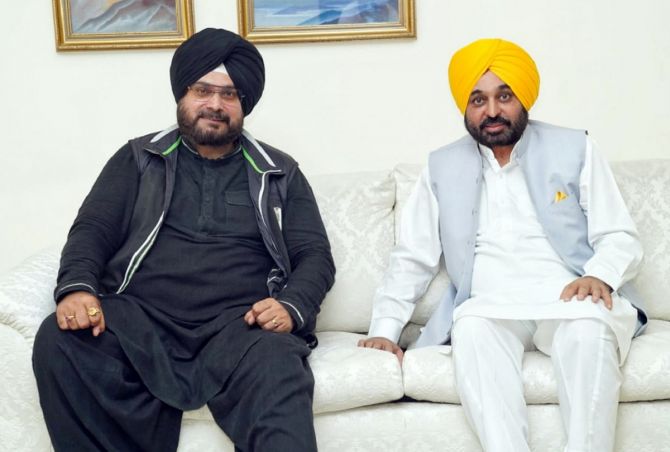 Sidhu’s assault on sexagenarian Gurnam Singh in 1988 led to the latter’s death, even though Sidhu never intended to kill the man.

Sidhu escaped jail for 24 years for the violence he perpetrated. He should serve his one-year jail term with grace.

On the contrary he — or maybe those close to him — is/are pleading for the continuance of his earlier lifestyle inside jail.

Why would the Aam Aadmi Party government in Punjab let Sidhu enjoy life inside prison? Bhagwant Mann, the Punjab chief minister, is not known to be a man who would like to spite anyone or make someone’s life difficult.

He is also a clever politician; he may be attempting to smother Sidhu with kindness.

Sidhu will sooner or later cease to be a Congressman as he was used by the Gandhi scions to humble Captain Amarinder. He will not be touched by any other party.

AAP, the party in power in Punjab, would have nothing to lose keeping Sidhu in good humour inside Patiala jail.

They can hope that he would remember the good turn and not be a nuisance for them after he completes his jail term.

Another point I would like to mention is the illness syndrome that grips our leaders and bureaucrats when they have to go to jail.

I am not linking this to Sidhu who has been grappling with various ailments for quite some time.

Politicians of all hues develop conspicuous ailments when they are jailed.

Depending upon their stature and closeness to state governments, they can enter the salubrious environs of a sanatorium within 48 hours of entering the jail.

The practice of an easy jail term, is not new among our political elite.

Two former CMs, both with a reputation for being muscular, robust, rustic and earthy, have been serving jail terms for the past few years.

A close examination of their jail journeys would show liberal parole terms, frequent hospital stays and far from unbearable life inside prison. So, why should we grudge Sidhu getting preferential treatment in jail?