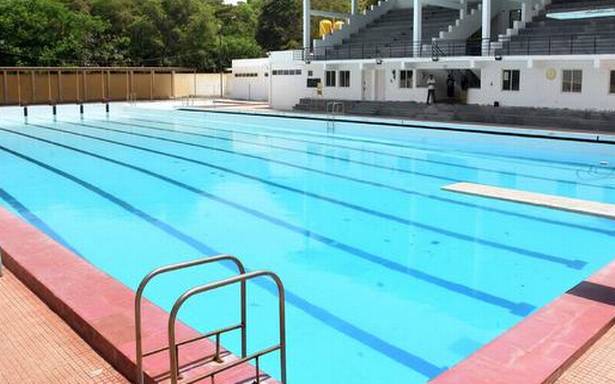 Closure has hit competitive as well as recreational swimmers

After stakeholders in the film industry and gyms protested against the closure of cinemas and fitness centres due to COVID-19, it is the turn of swimming enthusiasts including competitive swimmers and their coaches to knock on the doors of the State government seeking reopening of the swimming pools.

Though most swimming pools across the State had remained closed since March 2020, the government had relaxed the order in October 2020 to permit only the competitive swimmers to practice swimming. Pools in hotels and clubs have remained closed for more than a year now.

The government’s recent order on closure of swimming pools will not only keep the pools out of bounds for competitive swimmers, but also pours cold water on the hopes of recreational swimmers looking forward to beat the heat in the ensuing summer with a splash in the waters.

Founder Secretary of Association of Integrated Mysore Swimmers (AIMS) Sundaresh S., who is also the Executive Secretary of Karnataka Swimming Association, said the government decision will deny an estimated 250 to 350 competitive swimmers in Mysuru of an opportunity to prepare for competitions.

The competitive swimmers in Mysuru practice at the University of Mysore Swimming Pool in Saraswathipuram, besides the pools in Chamundi Vihar Stadium and in J.P. Nagar. Most of the swimmers will be left high and dry by the closure of swimming pools. “It will be a big blow to promising swimmers”, Mr. Sundaresh regretted.

He expressed disappointment with the government for closing swimming pools even after premier and globally recognized health bodies including the Centre for Disease Control and Prevention, U.S., has made it clear that there is no evidence of COVID-19 spreading through water in the pools. Though more than 350 swimmers participated in the recently held invitational swimming competition in Bengaluru, not a single one tested positive for COVID-19, Mr. Sundaresh pointed out.

Far from closing pools, the government should encourage swimming for people to fight COVID-19, which primarily affects the lungs. For, swimming is one activity that strengthens the lungs and heart of an individual, he said.

Also, the managements of swimming pools were passing through a very tough economic phase in view of the closure of the pools for recreational purposes. The private managements depend on recreational swimming to run the show. “Even if the pools are closed, the managements have to pay the minimum bill for electricity and water, besides salaries of the life guards and others to retain them”, Mr. Sundaresh said, urging the government to reopen the pools with Standard Operating Procedures (SOP) that make social distancing mandatory in the pools.

The government’s decision to close the swimming pools incidentally comes close on the heels of its decision to permit swimmers above 12 years of age and below 60 years even if they do not fall into the category of competitive swimmers. Several people who engage themselves in lap swimming for health and fitness were looking forward to returning to the pools, but are disappointed now, he said.

The representatives of Karnataka Swimming Association in Bengaluru would be meeting Chief Minister B.S. Yediyurappa and Health Minister Mr. Sudhakar seeking relief, Mr. Sundaresh said and hoped the gGovernment will consider their plea.