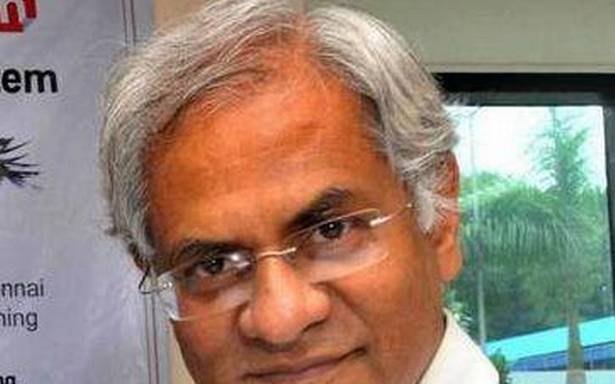 Former Union Health Secretary Keshav Desiraju was known for his keen engagement with public health and clean governance. His colleagues and successors remember him as a man whose “silent courage and ability to carry his team with him” made him a valued mentor and leader.

“Keshav Desiraju, grandson of Dr. Sarvepalli Radhakrishnan, was loved and appreciated for his honesty and decency. This set him apart. He was a pillar of strength to many,’’ said K. Sujatha Rao, who served as Union Secretary, Ministry of Health and Family Welfare, for the government of India until 2010.

Former Union Minister Jairam Ramesh in his tweet on Sunday morning said: “My dear, dear friend for 57 years, Keshav Desiraju, a most outstanding civil servant has just passed away. What a tragic irony that he left us on the day the country marks the birthday of his grandfather. Keshav has written the definitive biography of M.S. Subbulakshmi.’’

Prof. K Srinath Reddy, president of the Public Health Foundation of India, said: “Mr. Keshav Desiraju was greatly admired for the intellectual breadth, problem solving administrative skills and passionate commitment to equity and social justice which he brought to health and other development sectors. He was instrumental in bringing mental health, a hitherto neglected area, into the centre stage of national and global health discourse. His vision and values invigorated many Indian and global health organisations with which he was actively associated after his retirement from the civil service. The Indian public health community has suffered a great loss in his untimely death.”

Mr. Desiraju was an IAS officer from the 1978 batch of the Uttarakhand cadre. He had a Masters degree in Economics from the University of Cambridge and a Masters degree in Public Administration from the John F. Kennedy School of Government, Harvard University. He has held many positions with the governments of Uttarakhand and Uttar Pradesh and the Government of India and retired as the Union Secretary in the Department of Consumer Affairs.

He is often referred to as the person who put mental health issues pertaining to India on the map of the world. After he retired he was appointed the chairperson of the governing board of the Population Foundation of India and continued to be engaged with issues in public health, particularly mental illness and mental health, primary health care and community health.

Working for the good of the common man and the poorest of the poor, Mr. Desiraju will be remembered as the man who tackled corruption and commercial interest in the healthcare sector head-on. He followed the philosophy that the “government of the day has to ensure that the benefit of good governance travels down to the last man to its fullest.’’

His work and passion for ensuring complete accountability of the government in the health system and engagement to improving efficiency of service delivery was well-known.

Mr. Desiraju was also a co-editor, with Samiran Nundy and Sanjay Nagral, of Healers or Predators? Healthcare Corruption in India.