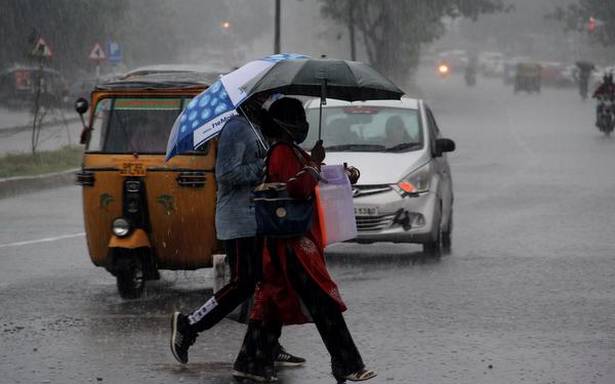 District collectors have been instructed to evacuate vulnerable populations following the death of three persons.

With heavy rain pounding Odisha for the last 36 hours leading to a rise in water levels in most rivers, the State government on Tuesday asked all the district collectors to evacuate people from low-lying areas as three persons were killed in incidents related to the downpour, officials said.

As many as 17 areas in the State received more than 200 mm rainfall each in the last 24 hours till 8.30 a.m. on Tuesday, the India Meteorological Centre said.

“In case water enters villages and habitations, there is a need to evacuate people from such areas and provide them with cooked or dry food and other basic necessities as per the relief code,” Mr. Jena told collectors, adding that any damage to communication be restored at the earliest.

The State government, which had by Monday evening evacuated 3,819 people, issued the fresh instructions as rain continued throughout the night.

Field officials have informed the government that nullahs, ponds and agricultural fields are filled with water which may ingress into low-lying areas.

The deep depression over north interior Odisha moved in the west-northwest direction and now lays 50 km from Jharsuguda. It is likely to move across north Chhattisgarh and Madhya Pradesh and weaken into a depression, the weatherman said.

The India Meteorological Department forecast light to moderate rain or thundershowers at most places in the State till 8.30 a.m. on Wednesday. It issued a yellow warning (‘be aware’) for Bargarh, Jharsuguda, Sundargarh, Mayurbhanj, Bhadrak, Balasore, Kendrapada, Jajpur, Deogarh, Sambalpur, Nuapada, Nabarangpur, Bolangir, and Keonjhar districts.

Wind speeds are likely to reach 40-50 kmph gushing up to 60 kmph along the Odisha-West Bengal coast and the sea condition will be very rough, it said, warning fishermen against venturing into the sea.