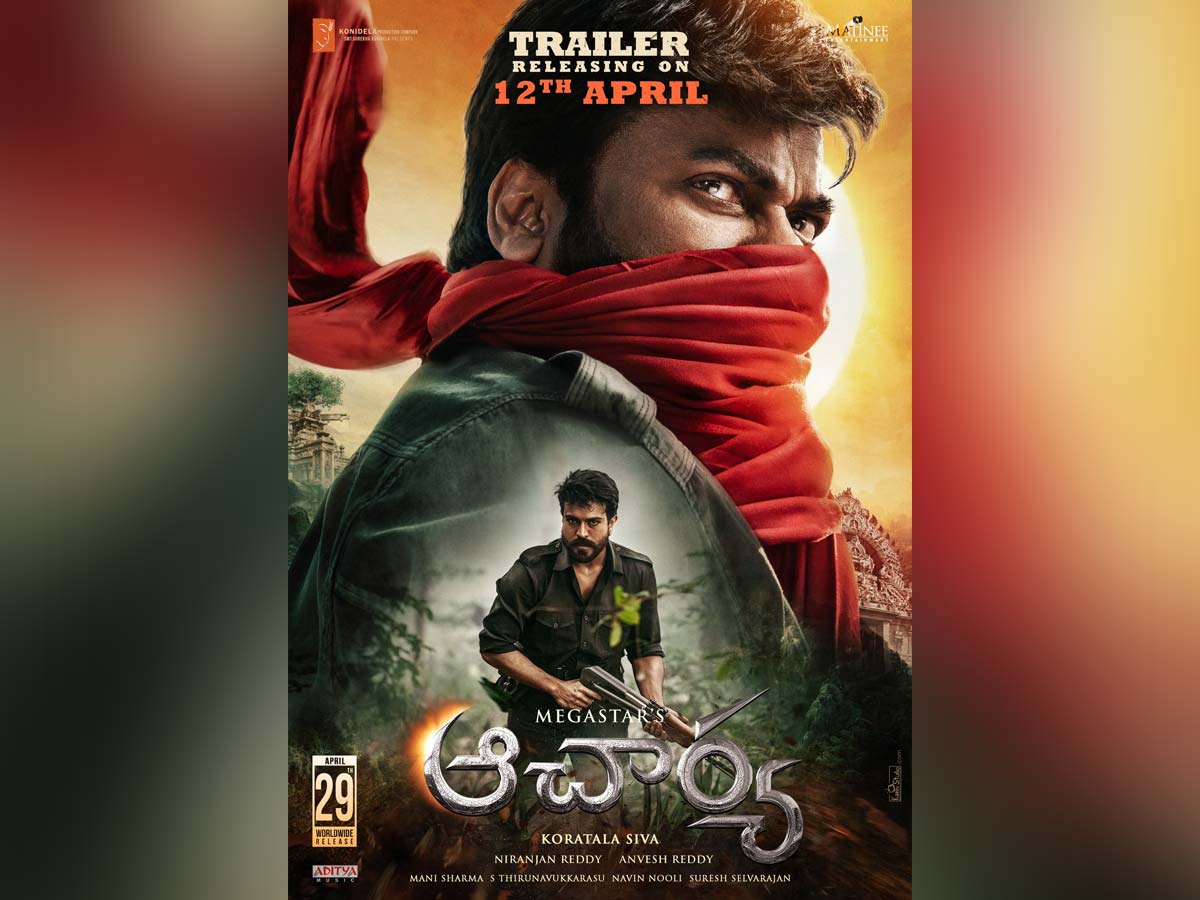 Acharya is an upcoming Telugu-language action drama film written and directed by Koratala Siva which is brining megastar Chiranjeevi and Ram Charan together on the screen. The big budget drama which has Kajal Aggarwal and Pooja Hegde in the female leads, is produced by Matinee Entertainment and Konidela Production Company. The music  is composed by Mani Sharma with cinematography by Tirru. Today the makers of Acharya officially announced that the trailer of Chiranjeevi and Kajal Aggarwal will be unveiled on 12th April.

The reports are also coming out that  the film makers have  opted to hold the event at the Yousufguda Police Grounds in Hyderabad on 24th April.  Power Star Pawan Kalyan, SS Rajamouli, Trivikram Srinivas, and many others from Telugu film Industry are expected to attend the pre release event.

In this social message oriented drama, Chiranjeevi is playing the role of a middle-aged Naxalite, who transforms into a social reformer and takes on the Endowments Department over the theft and the  embezzlement of temple contributions.

On the otherside, currently Chiru has a number of big budget projects such as Godfather, Bholaa Shankar, and in the pipelines which are in the different production stages.  Salman Khan and Puri Jagannadh will also be seen with Chiru in Godfather.