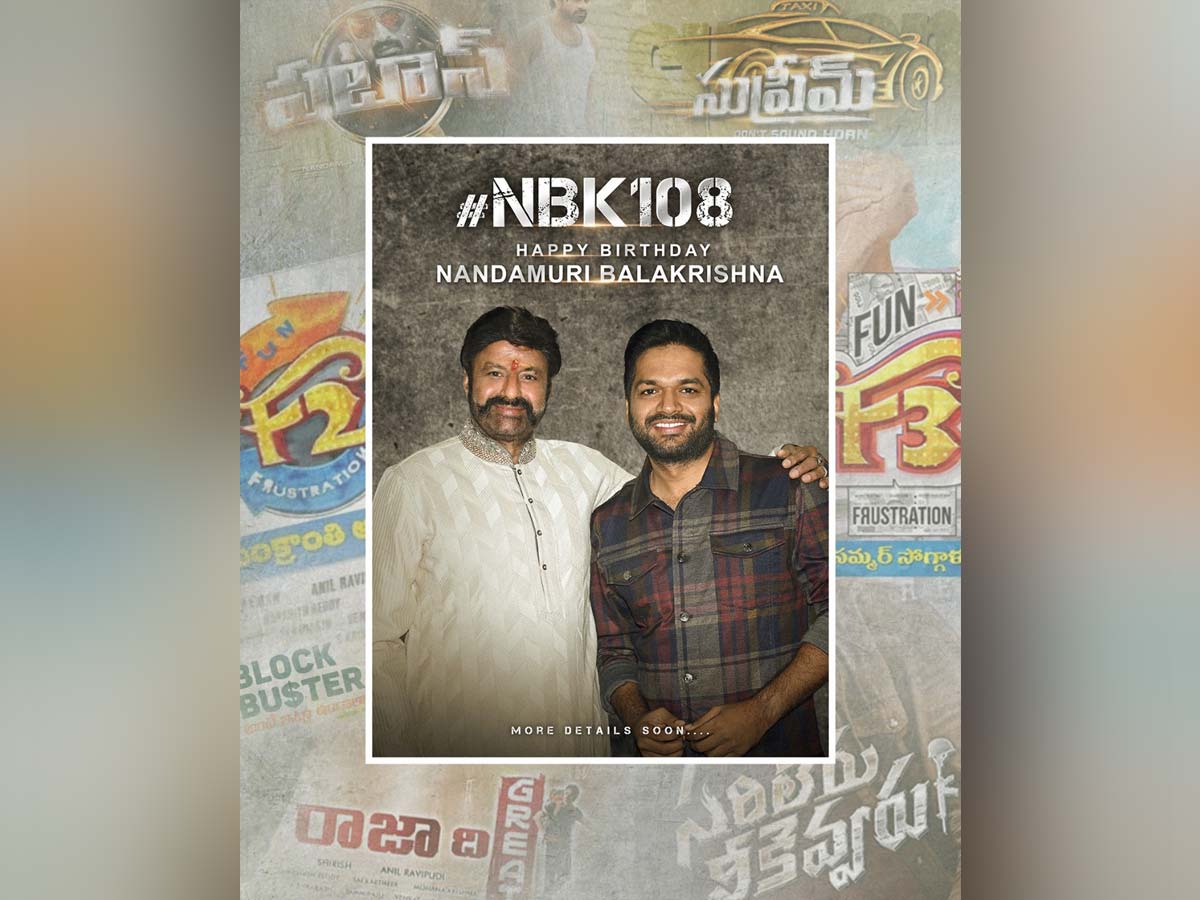 Today on the occasion of Nandmauri Balakrishna’ birthday, an announcement regarding his next project was made. Blockbuster film maker Anil Ravipudi who scored double hat-tricks with his recent outing, the comedy caper F3 starring Venkatesh Daggubati and Varun Tej will be wielding the megaphone for this project #NBK108. This upcoming yet to be titled film is a crazy combination that is going to be an engrossing narrative in a different genre.  Anil Ravipudi who knows the pulse of the masses is said to coming with a perfect mass-appealing script for  Nandmuri Balakrishna to present him in a never seen avatar.

The announcement poster for NBK108 features Balakrishna in traditional attire,  who is seen standing next to Anil Ravipudi, who is in a checkered shirt. Both Balayya Babu and Anil are all smiles in the poster.  Soon the announcement regarding the cast and crew will be made.

Today morning,  Gopichand Malineni, who is working for NBK107 also released the birthday poster, that  created a lot of buzz among the movie lovers. The special birthday poster features Balayya  as a demigod and a good Samaritan for his people. He is seen waving as he walks with swag in a rugged beard, along with lungi and shirt.