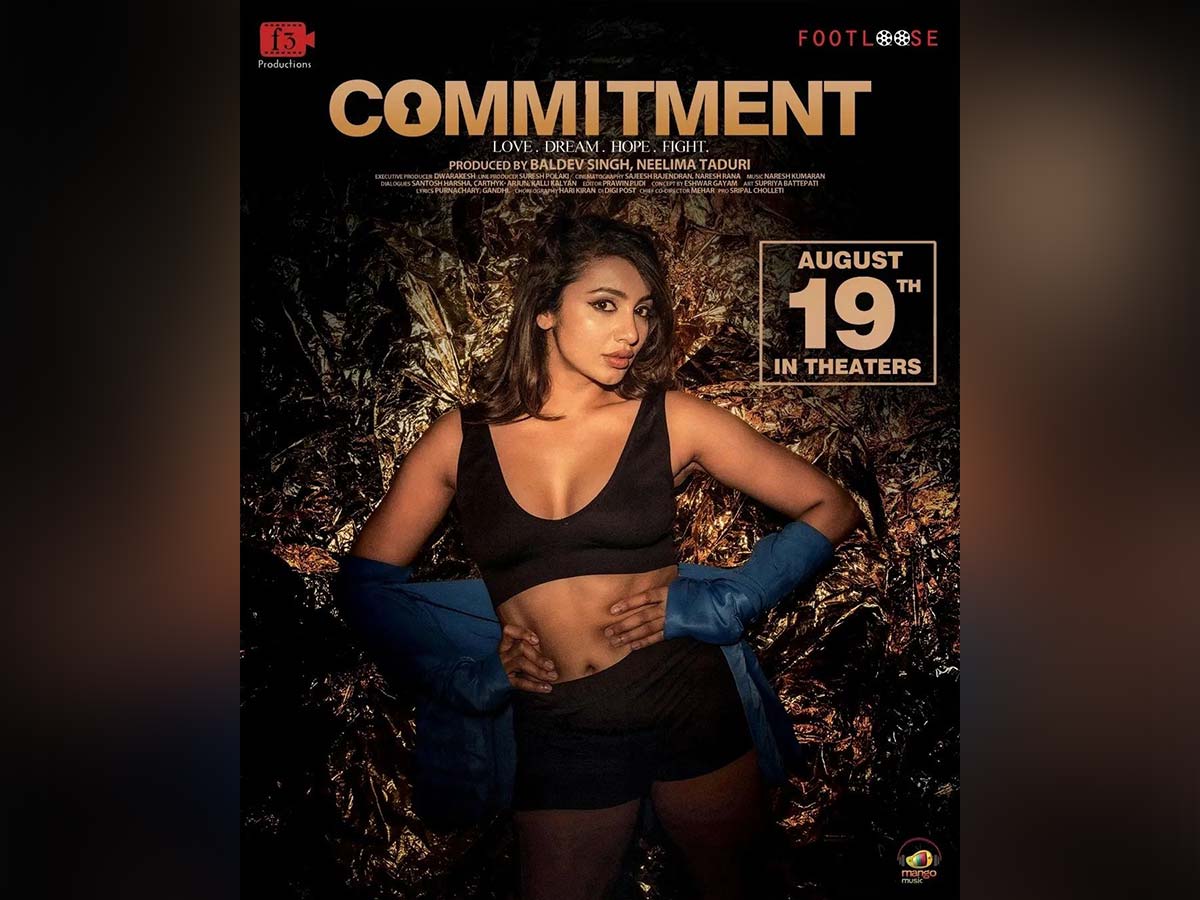 Commitment is an upcoming most awaited b… drama which has Tejaswi Madivada, Anveshi Jain, Simar Singh and Ramya Pasupuleti in the lead role. Lakshmikanth Chenna of Hyderabad Nawabs is making his comeback  in the direction field after a long gap with this film Commitment. The makers have already released the first look poster of the film that featured the female leads in sensuous pose. The upcoming film Commitment is all about the tale of Love, Hope, Dream,  and Fight.  After a lot of delay, this movie Commitment  has finally gotten a release date.

The makers  of Commitment officially released a poster and announced that the film will be hitting the screens on 19th August. They wrote, “Come Let’s “COMMIT” to this Bold, Romantic, ET in Theaters.” The poster shows all the four women lying on the bed while resting their legs on the wall. The poster raises interest among the viewers.

Tejaswi Madivada is a talented actress  of Telugu film Industry and  she is waiting for a much needed break. After the controversial reality show Bigg Boss Season 2 many expected that  the actress  career will have a flying start but it doesn’t happen. Since last year the actress hasn’t signed any film many felt that would be an end for her career. But now  Tejaswi is coming up with Commitment.

The movie is produced by Baldev Singh and Neelima. Sajeesh Rajendran and Naresh Rana are the cinematographers whereas Prawin Pudi is the editor of this film.