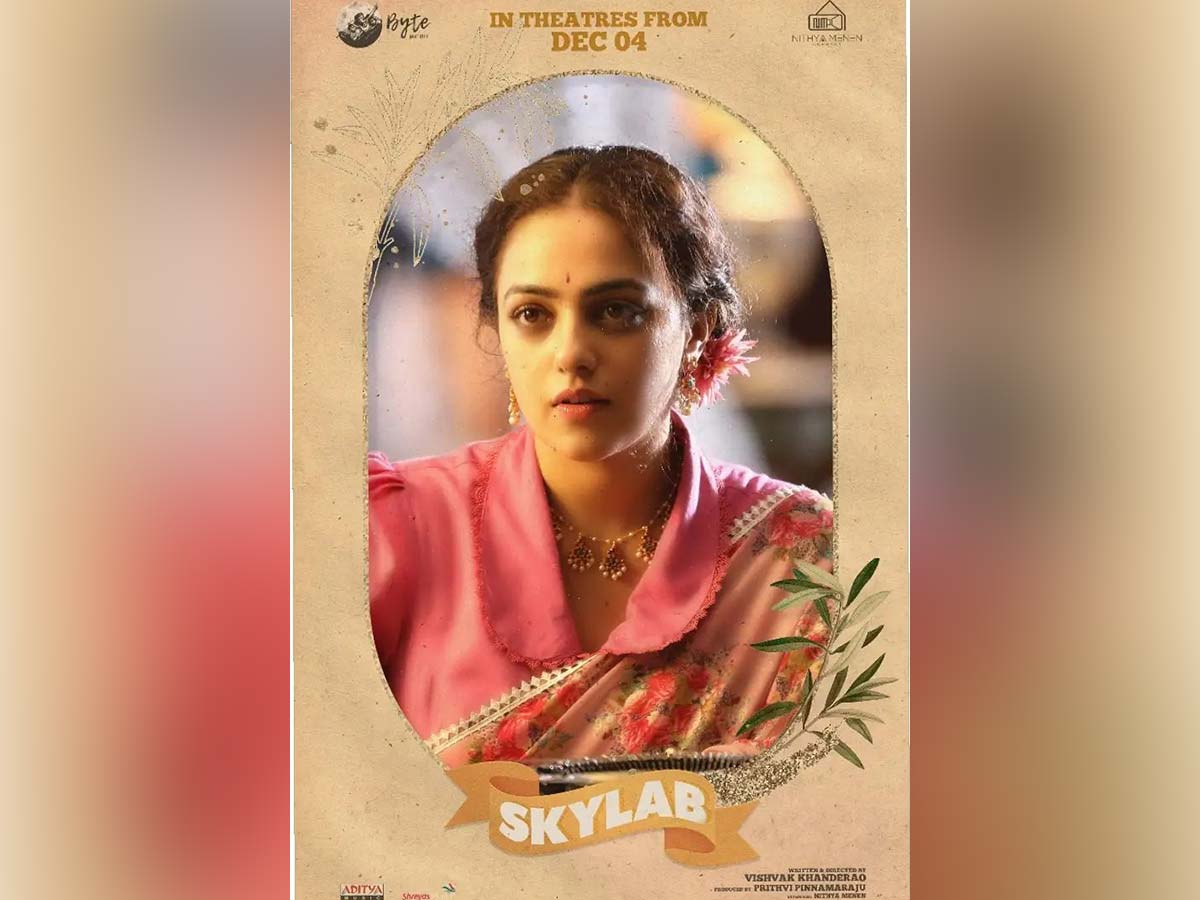 We have already reported that KFC Entertainments,  is one of the leading distributors in Telugu film industry, which has distributed hit movies like  Arjun Reddy and Agent Sai Srinivasa Athreya.  Now the distribution house KFC Entertainments is bankrolling their first concept based period movie Skylab in which the young actor Satyadev and  curly haired girl Nithya Menen are playing the lead roles. The upcoming science fiction rural entertainer, Skylab, is raising the curiosity levels on the movie. Yesterday evening  Skylab’  team officially announced that the film will be released in the theaters on 4th December.

Skylab also has Rahul Ramakrishna in the lead roles.  The sources close to the makers revealed that the story of this film  is set in the year 1979, with its main backdrop being Skylab, the first United States space station that was launched by  the NASA in  the year 1970s.

Satyadev and Nithya Menen  starrer film Skylab is being helmed by Vishvak Khanderao  and he has also penned  the screenplay and dialogues.  The movie is  produced by Prudhvi Pinnamaraju under Byte Features banner. Nithya Menen has co-produced it under Nithya Menen Company.

Aditya Javvadi is taking care of the cinematography, Raviteja Girijala is handling editing, Prashant R Vihari is scoring the music and Nagarjuna Thallapalli and Dhanush Nayanar have taken the responsibility of the sound design department.