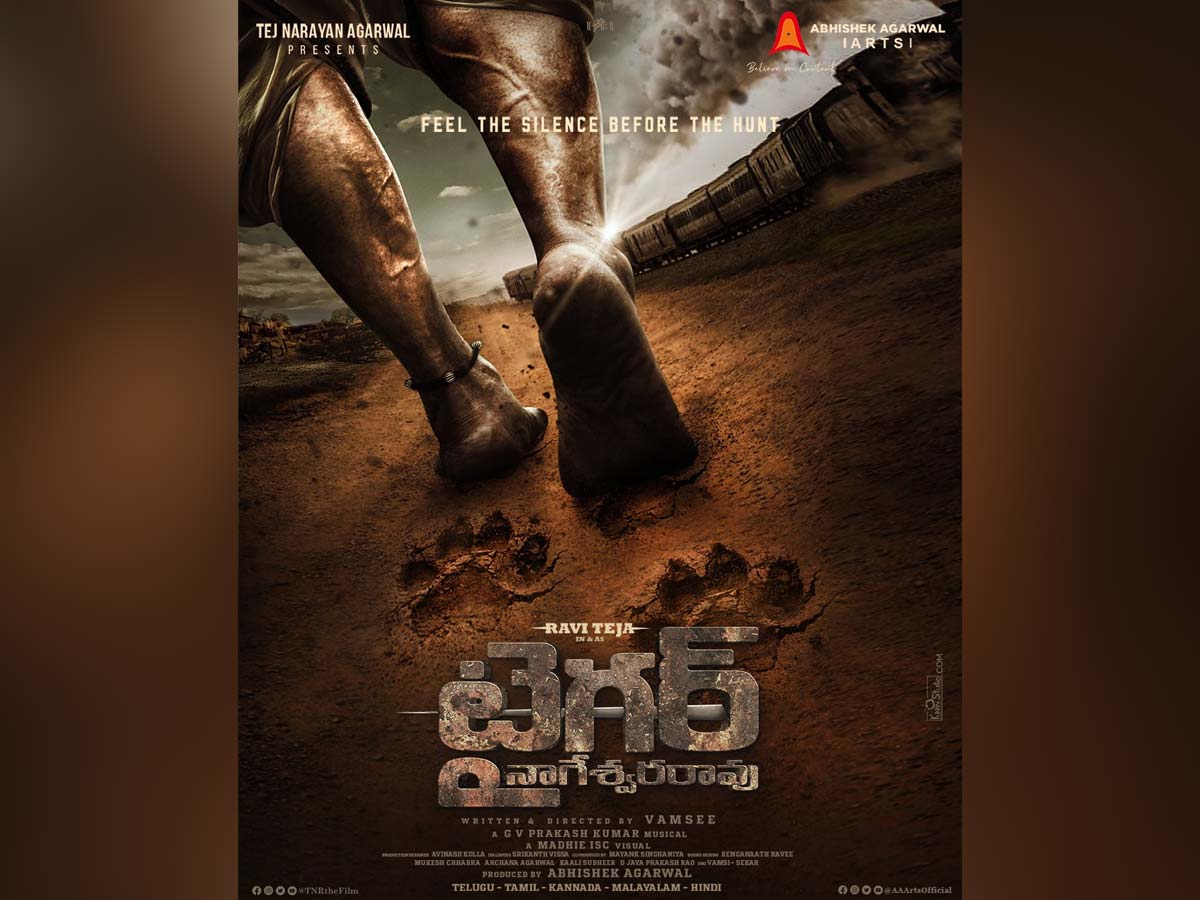 Today the makers of Tiger Nageswara Rao confirmed the same by sharing the first look poster on the official Twitter handle. The upcoming film will be bankrolled by Abhishek Agarwal. Tiger Nageswara Rao is  a pan Indian film which will be released in Telugu, Tamil, Kannada, Malayalam and Hindi.

Ravi  Teja is going for a complete makeover for this film. Vamsi Krishna Naidu has been working on the script and other pre-production work of this film from last three years.  This upcoming movie’ grandeur is said to be the main reason behind the extensive research and pre-production work.

On the otherside,  Krack fame Ravi Teja will be seen next in Khiladi in which he is playing the dual role. The film was scheduled to release on 28th May, 2021 but due  to the novel coronavirus pandemic, the film’s release date was postponed. Apart from Khiladi,  Ravi Teja will also be seen in Ramarao on Duty and Dhamaka.