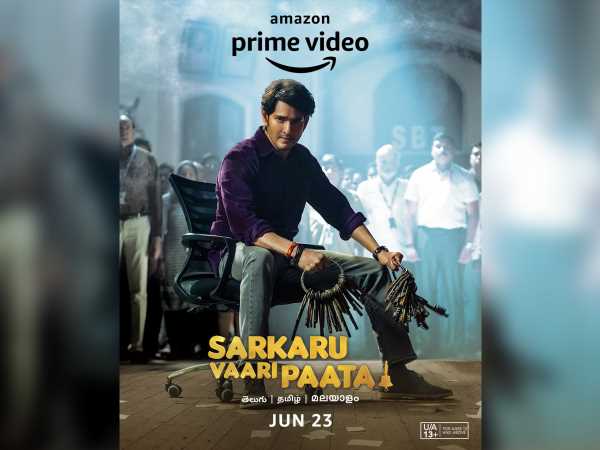 Today the OTT giant Amazon Prime Video announced that starting 23rd June, all Prime Video customers will be able to watch Sarkaru Vaari Patta for free. The same OTT partners had negotiated for a ‘Pay Per View’ for  Mahesh Babu starrer Sarkaru Vaari Paata, but now that the release date has been confirmed, the movie will be available for all Prime members to see.

The movie also has Nadiya, , Samuthirakani, Brahmaji, Subbaraju, Vennela Kishore and others in the supporting roles. The movie is helmed by Parasuram Petla. Thaman has composed catchy tunes for this movie, which  revolves around the conflict between a finance agent who gets conned by the woman and the latter’s father, an MP and industrialist. The film was earlier available on Amazon as a pay-per-view for both prime and non-prime members.

On the otherside, Mahesh Babu is all set to join the sets of his next which will be helmed by Trivikram Srinivas and has Pooja Hegde as the leading lady.