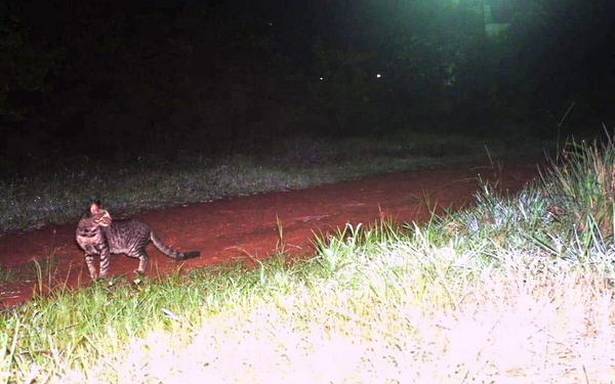 It turns out that the wild animal that had scared some morning walkers in Belagavi is neither a cheetah nor a leopard but a wild cat.

Forest officials have confirmed the movement of the wild cat in the Race Course area, after two of its images were caught through the camera trap method.

The animal is most likely an Asiatic wild cat (or Felis ornata). But it is definitely not a carnivore, a forest officer said.

“There is no need to worry. The animal that was sighted by some persons near the Race Course is neither a cheetah nor a leopard,’’ Deputy Conservator of Forests Harsha Banu told journalists. He has appealed to the people not to panic.

Forest officers set up six cameras and two live baits, after complaints from morning walkers that they had seen a leopard or a cheetah came on Thursday. Some persons also told the Range Forest Officer that they had seen pug marks on the ground. But they turned to be only of the wild cat.