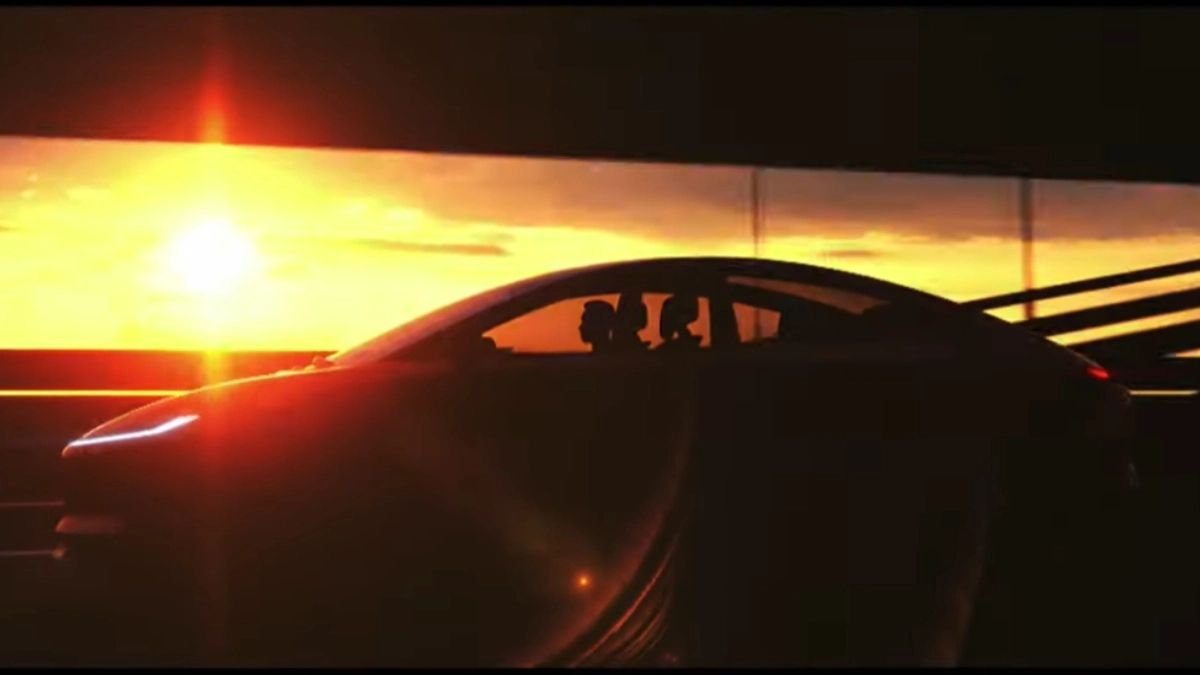 Bhavish Aggarwal, the founder of ride-hailing firm Ola who disrupted the electric scooters market in the country, is planning to launch an electric sports car in 2024. The plan will put it in competition with Indian players, such as the Tata group and Mahindra & Mahindra, and global giants like Tesla and Hyundai.

Aggarwal, recently, took a group of reporters to the firm’s design studio at the Ola campus in Bengaluru where his teams are working on several EVs, including scooters, motorcycles, sedans, and SUVs — and even robotaxis.

One of the products underway is the Ola Electric car, which Aggarwal said will be one of the fastest cars in India and can go from 0 to 100 km/h within 4 seconds.

It is being developed to have a range of more than 500 km on a single charge.

Designed to deliver a drag coefficient of less than 0.21, Ola said it will be the sportiest car ever built in India with an all-glass roof.

The car will be equipped with advanced computers in a 4W, assisted driving capabilities, keyless and handless doors.

It will also have Ola’s very own MoveOS software and car owners will be able to receive regular feature updates through their ownership span.

“This is the most ambitious car project ever undertaken in India,” Aggarwal said while revealing the plans at an event coinciding with India’s Independence Day.

“It is built in India by Indians, but for the entire world.”

Though Aggarwal didn’t showcase the prototype of the car, he said it is “lurking somewhere” at the Ola campus.

Ola Electric has been working to have a full-fledged electric vehicle ecosystem at a single site at its ‘Future Factory’ at Krishnagiri district in Tamil Nadu.

At full scale, Aggarwal said the company facility “will produce a million cars, 10 million two-wheelers, and 100 gigawatt-hour of cells every year”.

He didn’t reveal the total funding required for building the cars but said it is going to be “multibillion-dollar” investment over the next few years.

He said the image in India evolved from the “sturdy Ambassador to the efficient and reliable Maruti” after the economic liberalisation.

“Today India is a young, energetic and extremely ambitious country.

“But the cars we are building are dull and boring,” said Aggarwal.

“Indian carmakers are conservative, thinking we only need small or mid-sized cars.

“Global automakers think that the Indian market is not ready for world-class technology and thus sell their hand-me-down tech in India. We need to change this,” he said.

Aggarwal said his mission is to help India get on the world stage of the electric revolution.

There are many top companies innovating in this space like Elon Musk’s Tesla and a slew of US and Chinese firms.

Most of these top companies, including Tesla and NIO Inc., are focusing on premium and luxury market products, according to experts.

He said the majority of the EVs made today are luxury vehicles and made for markets like Europe, the US and even China.

He said these cars are costly and a majority of the world doesn’t use them, especially in markets such as India, Southeast Asian nations, Latin America, and Africa.

He said Ola’s vision is to be a global leader in the cars that are relevant for such markets.

“The car that we are making would be at a higher end of that price segment,” he said.

Currently, less than 15 per cent of Indians own a 2W or a 4W and with India poised for strong economic growth, the Indian automotive industry will witness demand for 20 million 4Ws and 50 million 2Ws each year.

“We believe that India needs to become the global epicentre of the EV revolution and command 25 per cent of the world’s automotive market.

“As we build for India, we will also be creating the EV paradigm for the rest of the world,” said Aggarwal.

He said India missed the semiconductor, solar, electronic and other manufacturing revolutions.

He said if we invest now and at scale, India can lead the electric vehicles and cells market.

Ola Electric, which had stopped production of its S1 electric scooter in January this year, also announced the resumption of sales of the same with deliveries slated to commence from September 7.

The S1 comes with a 3 KWh Lithium-ion battery pack with a range of 90-128 km on a single charge, depending on drive mode along with upgraded software.

Ola Electric has laid out its vision to become a vertically integrated electric mobility player across two-wheeler and passenger vehicle segments.

The company calculates the opportunity size at $1 trillion at a volume of 155 million units, according to a Kotak Institutional equities report.