Olivia Colman, who will soon portray the queen in The Crown Season 3, got a dose of real-life royalty while being honored an investiture service at Buckingham Palace today. For the ceremony, the monarch’s only daughter, Princess Anne, stepped in to officiate and officially named the actress a Commander of the Order of the British Empire (or CBE).

According to the royals’ official website, the Order was created in 1917 by King George V as a means to reward individuals for notable contributions in service, charity work, and beyond. Town & Country notes that Colman was recognized for her contributions in the drama industry.

Despite Colman’s new gig portraying the queen during a tense era of British history, there didn’t seem to be any awkwardness between her and Princess Anne. The two women were photographed sharing a smile at the service, with the actress donning a check coat, black hat, Atelier Swarovski earrings, and heeled mules. 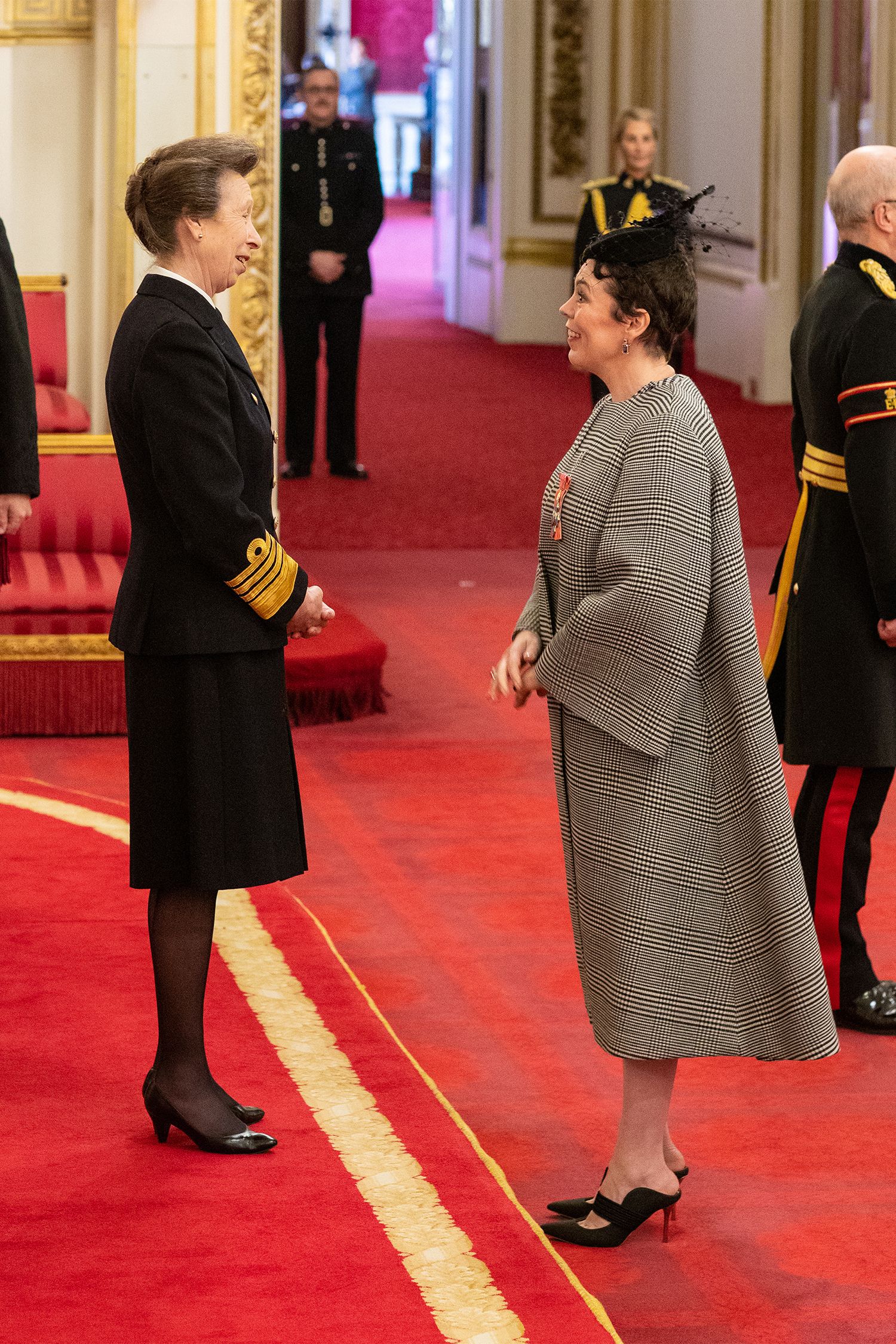 Colman, who won an Oscar for her portrayal of another sovereign, Queen Anne in The Favourite, said she felt Queen Elizabeth II was a more difficult character to play. “I find the harder is Queen Elizabeth because everyone knows what she looks like, everyone knows what she sounds like, everyone has an opinion on whether the casting is right,” she previously told Press Association. However, she wants to “do it justice” and “be respectful” with her performance, she added.

This isn’t Colman’s first time mingling with royals at Buckingham Palace. She previously attended a reception hosted by Prince William and met the future king during the upscale fête. Naturally, she couldn’t help but ask the prince if he watches The Crown.

“He said, ‘No, no, dear. I don’t watch it,'” Colman recalled to Vanity Fair. “But maybe he can’t say that he watches it. He had this magical quality—he made you feel like you were the most exciting person he’d met. You think, ‘Well that can’t be the case, but I’m feeling wonderful. I’m glowing.'”