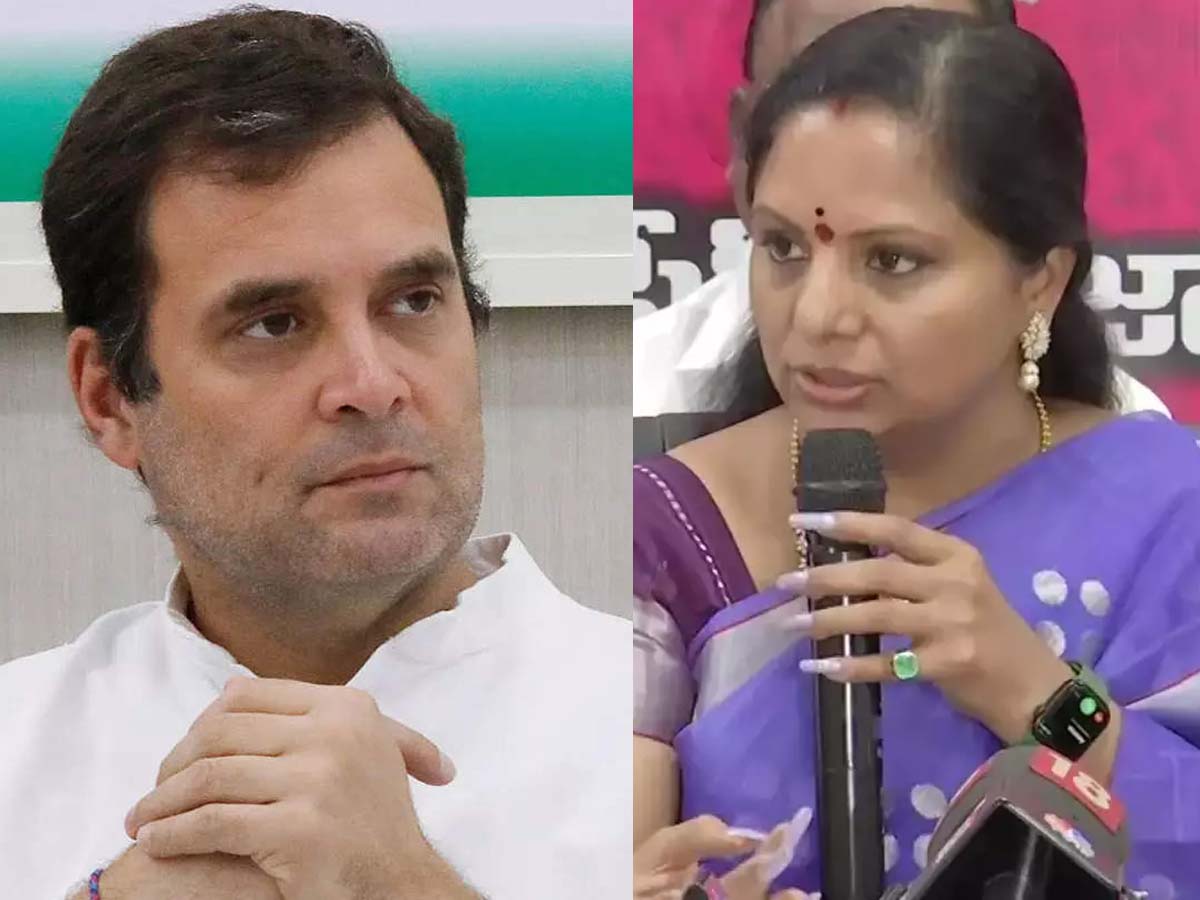 Amid a row over AICC chief  Rahul Gandhi’s visit to the Osmania University in Hyderabad,  TRS workers vowed not to allow Rahul Gandhi to enter the campus on Tuesday. After Osmania University – OU declined permission to Rahul Gandhi to conduct a physical interaction with  students, Telangana Rashtra Samithi leader and MLC K Kavitha on Wednesday slammed the former Congress chief, saying that he is only coming to the state for politics.

Kavitha said, “Rahul Gandhi never talked in favour of Telangana. I do not know why Mr Gandhi  is coming to Warangal and Osmania University now.”  She added that during the paddy crop issue, we urged Congress Leader Rahul Gandhi to raise the issue in Parliament and to support the farmers of Telangana but he did not.”

Questioning former Rahul Gandhi on why he wants to meet with Osmania University students, the BJP said on Tuesday that its leaders will meet Rahul Gandhi to remind him of the sacrifices of Telangana martyrs as the statehood was delayed during UPA-II rule.

Osmania University has denied permission to the Congress party to get Rahul Gandhi onto the campus. The Congress has alleged that this was being done at the behest of the ruling TRS led government and CM KCR.

Osmania University officials have denied permission and said that political meetings are not allowed on the campus.  On the otherside, Congress has alleged that KCR’ TRS government’s role is behind denying permission for Mr  Gandhi’s meeting with students in OU.

Police have arrested 18 National Students’ Union of India workers, including president B Venkat, who were at campus demanding the  permission for the meeting.