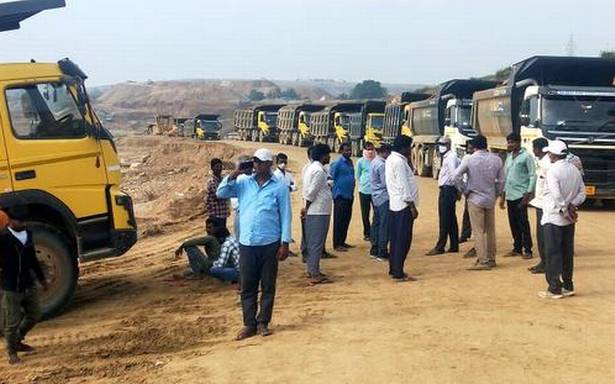 No official clarity on actual amounts paid per acre

“All the farmers who lost their lands will be paid equal compensation and there will be no discrimination. You need not worry about this,” officials had assured the oustees of Mallannasagar during the initial days of land acquisition. Some of the farmers who sold their land to the government for ₹5.85 lakh per acre received an additional ₹15,000 per acre later.

Unfortunately, the assurance was confined to that extent only. The oustees of Vemulaghat, one of the submerged villages of Toguta mandal, were reportedly paid ₹ 11 lakh though they were promised ₹ 11.5 lakh per acre. It is an open secret that they were paid this amount, which neither the receiver (oustee) nor the payer (officials) is ready to confirm. Some of the oustees of Vemulaghat said that they were promised an additional ₹ 50,000 by late minister Ch. Muthyam Reddy but after his demise there was no one to keep the promise.

In the case of Toguta, the locals say that they were promised, within four walls, ₹ 13 lakh per acre for about 42 acres of land that was required for digging a canal for third tmcft from Kaleshwaram, however, only ₹ 8 lakh was paid so far.

“We are not ready to furnish names and other details of the farmers who received the amount as it will create some problem to us in getting the balance amount. While ₹ 7 lakh plus was paid by the government, another ₹ 3 lakh plus was paid by the construction agency. We are fighting for the remaining amount,” said an oustee from Tukkapur village on condition of anonymity. They were reportedly paid amount in the month of April. The question that remains is who will pay the remaining amount?

“The Collector has promised to pay the money from his pocket if it was not released. Even our panchayat president was present when the promise was made,” a farmer said in a video posted in social media.

Regarding the land that was acquired at Tukkapur, the officials say that it was related to Mallannasagar works only, however, the locals claim that it pertained to work on third tmcft being lifted from Kaleshwaram.