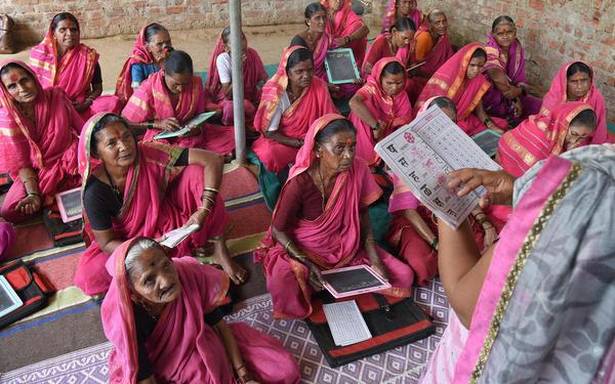 General category is better off than the SCs and STs, it says

Sharp inequalities exist across different caste, religious, class and gender categories on various health indicators, according to a report by Oxfam India.

The report shows that while women’s literacy has improved across social groups over the years, SC and ST women lag behind the general category by 18.6% and 27.9%, respectively. There exists a gap of 55.1% between the top and bottom 20% of the population in 2015-16. Though the female literacy rate among Muslims (64.3%) is lower than all religious groups, inequality has reduced over time.

An examination of health interventions too shows disparities.

Similarly, immunisation in ST households at 55.8% is still 6.2% below the national average, and Muslims have the lowest rate across all socio-religious groups at 55.4%.

Life expectancy based on wealth is 65.1 years for the bottom 20% of the households, while it is 72.7 years for the top 20%. Similarly, on an average, an upper caste woman lives 15 years longer than a Dalit woman.