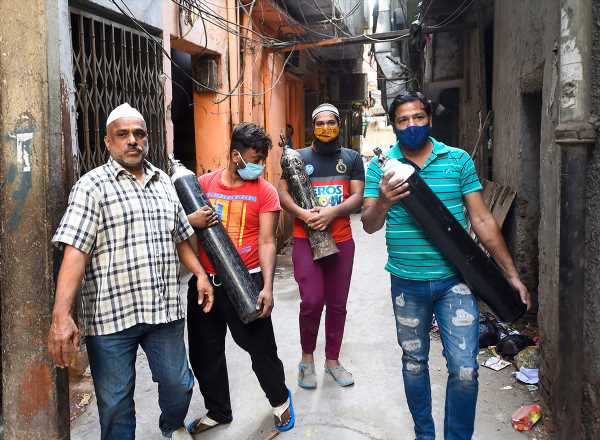 However, a prolonged and intense second wave that curtails oxygen supply to industries for a longer-than-expected period will exacerbate downside risk in affected sectors. The diversion of oxygen from industrial units to hospitals may pose a near-term challenge for select industries, say analysts, adding the disruption is unlikely to cause a lasting damage to revenues.

However, a prolonged and intense second wave that curtails oxygen supply to industries for a longer-than-expected period will exacerbate downside risk in affected sectors, they say.

“The disruption in the supply of oxygen for industrial use would temporarily impact the revenues of small- and mid-sized companies into metal fabrication, automotive components, shipbreaking, paper, and engineering.

“These typically do not have captive oxygen plants and source their requirement through merchant suppliers for operations such as welding, cutting, cleaning and chemical processes,” says Gautam Shahi, director at CRISIL Ratings.

The disruption in oxygen supply, according to CRISIL, will last six to eight weeks.

Affected sectors, it believes, can partly manage their oxygen requirements with inventory for now.

“Therefore, we expect only a limited decline in revenue for them. Their credit profiles are expected to be stable,” Sahi said.

Those at Prabhudas Lilladher echo a similar view and expect select sectors to be impacted.

“Certain manufacturing sectors (steel, cement and mining), which are dependent on raw material and oxygen (for instance, molding, fabrication, auto parts, etc.) are likely to get impacted in the coming fortnight,” wrote Shweta Daptardar of Prabhudas Lilladher in an April 17 note.

The demand for medical oxygen has shot up across India against the backdrop of a sharp rise in critically impacted Covid patients.

As a result, the central government has barred industrial use of oxygen (except nine industries) from April 22.

“Demand for medical oxygen is estimated to have rocketed five-fold in the second week of April versus pre-pandemic levels,” says CRISIL.

According to industry figures, the pre-Covid demand for liquid medical oxygen was 700 tonnes per day (TPD) across the country. During the first wave of Covid-19 last year, the demand increased four times to 2,800 TPD.

Onsite use is via captive plants for process-driven industries (including the nine sectors exempted by the government), which account for 75-80 per cent of oxygen manufactured in India.

The balance 20-25 per cent, reports suggest, is supplied through merchant sales (called liquid oxygen) through cryogenic tanks and cylinders.

The health care sector consumes around 10 per cent of merchant sales, and others the rest, according to CRISIL.