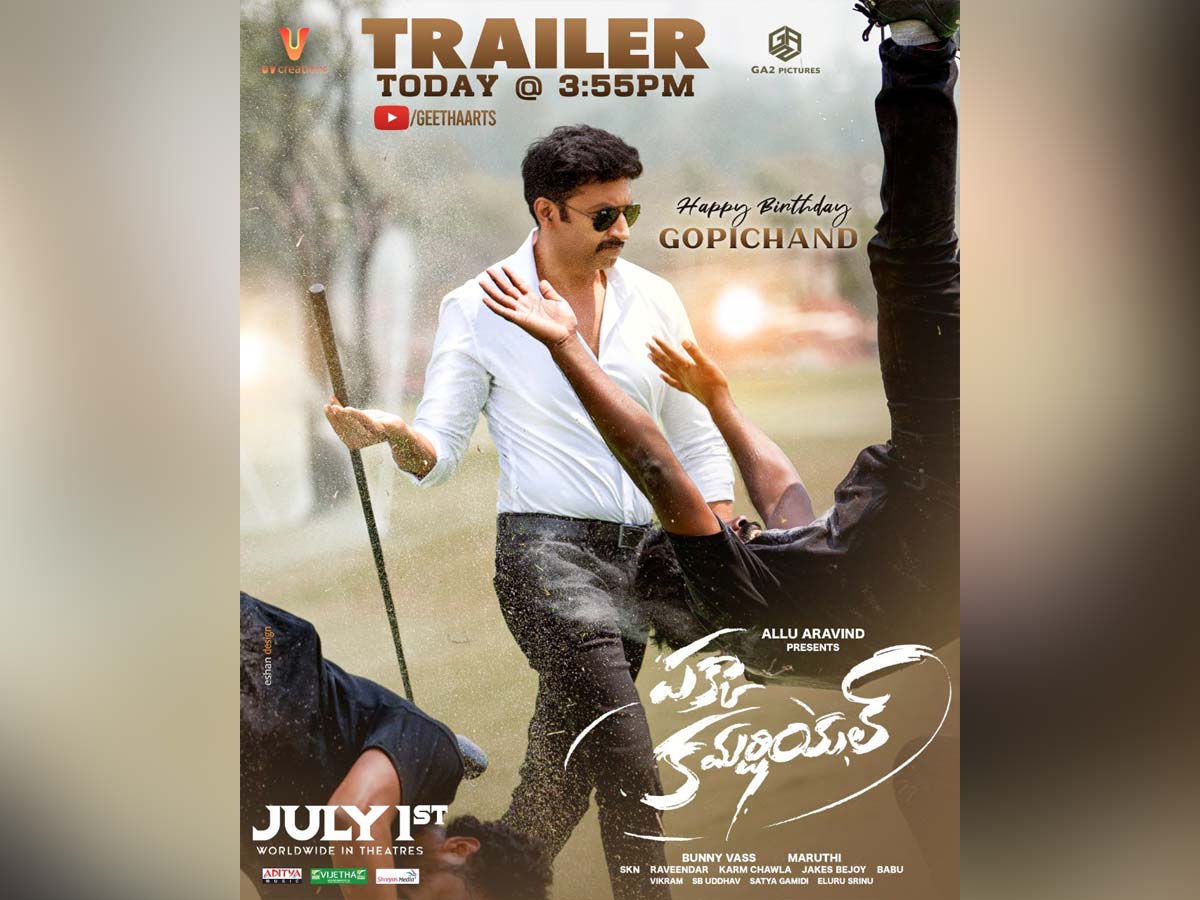 Gopichand and Raashi Khanna are coming together with an action drama Pakka Commercial . Today on the occasion of Gopichand’ birthday, the makers of Pakka Commercial are going to release the trailer today at 3.55 pm. The makers confirmed the same today morning by releasing a new poster.

The action drama  Pakka Commercial has been in the making for a long time. The shooting of the film started in Hyderabad in March 2021.  The film which is helmed by Maruthi, release got postponed multiple times due to the pandemic and  now it will be released on 1st July. The Maruthi directorial venture is touted to be a commercial potboiler and it is funded by UV Creations and GA2 Pictures.

The courtroom comic drama has already created a buzz with the release of its songs. Few weeks  back the song Andala Raasi from the movie was released and it has garnered a number of  views on YouTube. The song has been crooned by Saicharan Bhaskaruni and Ramya Behara. The music lovers have gone crazy over the song.

Apart from the lead actors, the movie also has Anasuya Bharadwaj, Satyaraj, Rao Ramesh,  and Kiran Talasila in the supporting roles. The film’s music is scored by Jakes Bejoy.