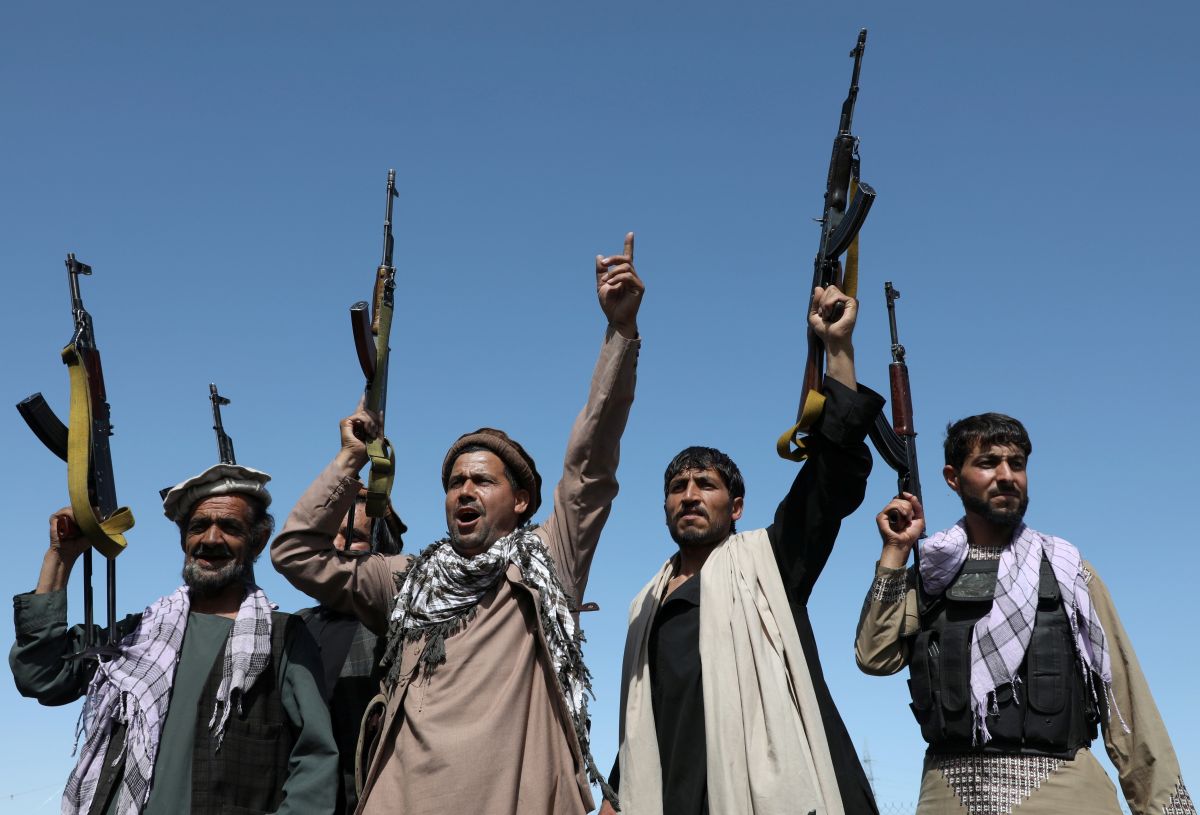 Pakistan-based terror groups such as Jaish-e-Mohammed and Lashkar-e-Taiba, led by 26/11 Mumbai terror attacks mastermind Hafiz Saeed, maintain their training camps in some provinces of Afghanistan and some of them are directly under the Taliban control, according to a United Nations report.

The 13th report of the Analytical Support and Sanctions Monitoring Team cites a UN Member State as saying that Jaish-e-Mohammed, a Deobandi group ideologically closer to the Taliban “maintains eight training camps in Nangarhar, three of which are directly under Taliban control.”

India’s Permanent Representative to the UN Ambassador T S Tirumurti, in his capacity as Chair of the Taliban Sanctions Committee, also known as the 1988 Sanctions Committee, transmitted the report to be “brought to the attention of the members of the Security Council and issued as a document of the Council.”

The report said that Jaish-e-Mohammed, a Deobandi group led by Masood Azhar, is ideologically closer to the Taliban.

Qari Ramazan is the newly appointed head of JeM in Afghanistan.

It added that Lashkar-e-Taiba is described in the previous Monitoring Team reports as having provided finance and training expertise to Taliban operations.

The same Member State reported that in January 2022, a Taliban delegation visited a training camp used by LeT in the Haska Mena district of Nangarhar.

“The group was said to maintain three camps in Kunar and Nangarhar. Previous LeT members have included Aslam Farooqi and Ejaz Ahmad Ahangar (a.k.a. Abu Usman al-Kashmiri), both of whom joined ISIL-K,” the report said.

Another Member State said that there was no evidence of the presence of JeM and LeT in the region as a consequence of effective security operations targeting them, according to the report.

The 13th report of the Analytical Support and Sanctions Monitoring Team of the Taliban Sanctions Committee is the first report since the August 15 takeover of Kabul by the Taliban.

It notes that the period between then and April 2022 has seen the Taliban consolidate control over Afghanistan, appointing 41 United Nations-sanctioned individuals to the Cabinet and other senior-level positions in their de facto administration. They have favoured loyalty and seniority over competence, and their decision-making has been opaque and inconsistent.

The report further said that the Tehrik-e Taliban Pakistan constitutes the largest component of foreign terrorist fighters in Afghanistan, with their number estimated to be several thousand.

Other groups include the Eastern Turkistan Islamic Movement, Islamic Movement of Uzbekistan, Jaish-e-Mohammed, Jamaat Ansarullah and the LeT, with each numbering in the few hundreds.

It said the TTP, led by Mufti Noor Wali Mehsud, has “arguably benefitted” most of all the foreign extremist groups in Afghanistan from the Taliban takeover. It has conducted numerous attacks and operations in Pakistan.

The TTP also continues to exist as a stand-alone force, rather than feeling pressure to merge its fighters into Afghan Taliban units, as is the prospect for most foreign terrorist fighters. The group is estimated to consist of 3,000 to 4,000 armed fighters located along the east and southeast Afghanistan-Pakistan border areas, the report said.

According to one Member State, control of the Ministry of Interior and the Ministry of Refugees and Repatriations gives the Haqqani Network further points of contact with the Tehrik-e Taliban Pakistan, it said.

“Sirajuddin Haqqani has reportedly been relied upon more than anyone else in the de facto administration to act as an intermediary between TTP and Pakistan. Haqqani mediations have not led to a sustainable ceasefire, but are a further indication of Sirajuddin’s central role within the Taliban as a mediator and figure of authority among rank-and-file of TTP and other mainly Pashtun groups in eastern Afghanistan,” the report said.

“The Haqqani Network is still regarded as having the closest links to al-Qaeda…The group continues to be the trusted partner for local facilitation of safe havens and support for the al-Qaeda core, including by maintaining ties with so-called ‘legacy al-Qaeda’: those who long ago established relations with the late Jalaluddin Haqqani and to whom the Haqqanis feel indebted for supporting them and the Taliban,” the report said.

The report noted that following the Taliban takeover of Afghanistan in August last year, the Haqqani Network “moved quickly” to secure control of certain key portfolios and ministries: interior, intelligence, passports and migration.

“Responsibilities associated with these roles appear carefully chosen, as the ministries encompass the issuing of identity cards, passports and the monitoring of persons entering and exiting the country.

The 11th report of the Analytical Support and Sanctions Monitoring Team had said that among those groups posing a security threat, Afghan officials highlighted Tehrik-e-Taliban Pakistan, Jaish-e-Mohammed and Lashkar-e-Taiba, groups on which the Monitoring Team has written in the previous reports.

It had been said that the presence of these groups is centred in the eastern provinces of Kunar, Nangarhar and Nuristan, where they operate under the umbrella of the Afghan Taliban.

The 11th report had added that according to Afghan interlocutors, Jaish-e-Mohammed and Lashkar-e-Tayyiba facilitated the trafficking of terrorist fighters into Afghanistan, who act as advisers, trainers and specialists in improvised explosive devices.

Both groups were responsible for carrying out targeted assassinations against government officials and others. Lashkar-e-Taiba and Jaish-e-Mohammed were stated to have approximately 800 and 200 armed fighters, respectively, co-located with Taliban forces in Mohmand Darah, Dur Baba and Sherzad districts of Nangarhar Province, the report said.

Tehrik-e-Taliban Pakistan also maintains a presence in Lal Pura District, near the border area of Mohmand Darah, Pakistan. In Kunar Province, Lashkar-e-Taiba retains a further 220 fighters and Jaish-e-Mohammed has a further 30, all of whom are dispersed within Taliban forces, it added.