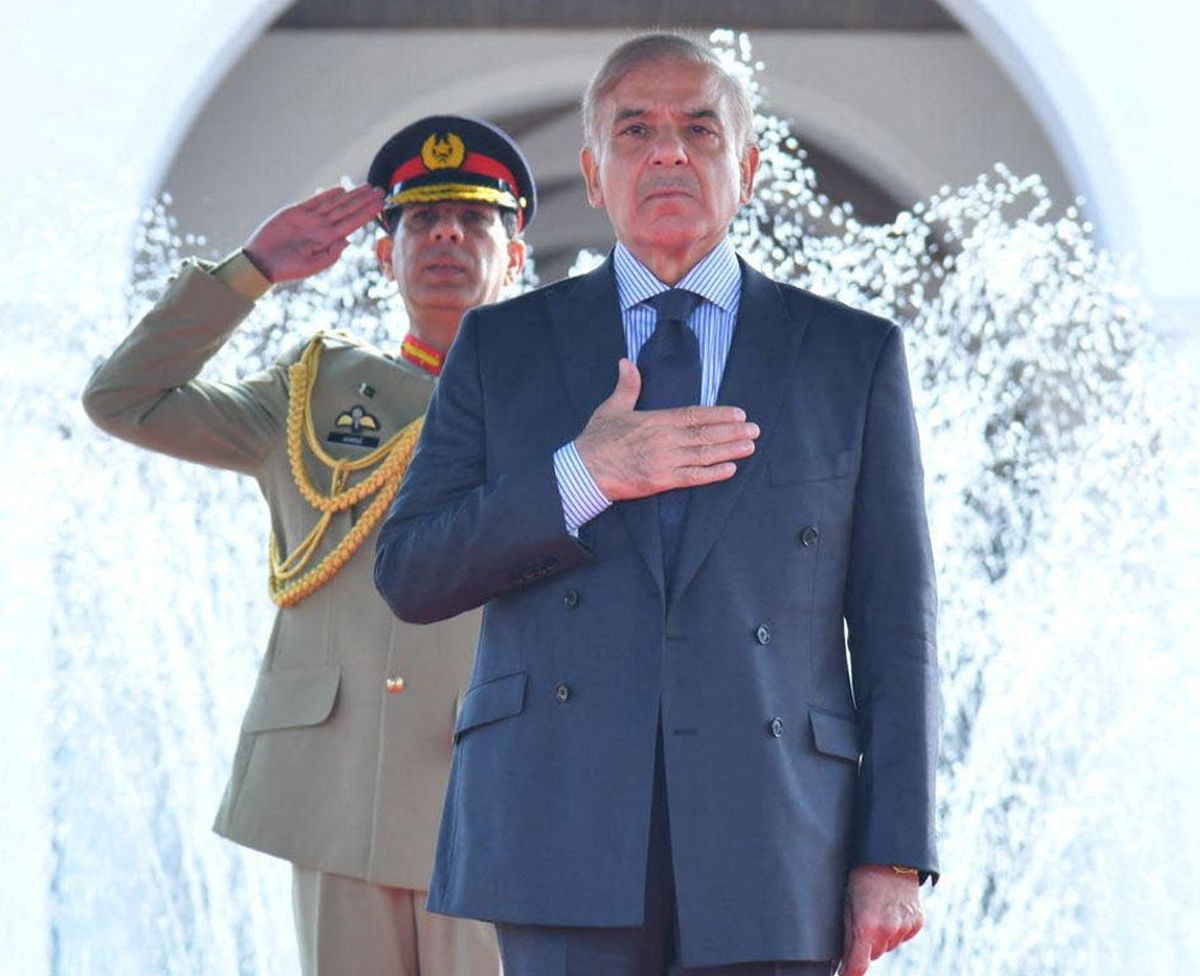 Pakistan’s new Prime Minister Shehbaz Sharif and Russian President Vladimir Putin have quietly exchanged letters to strengthen bilateral relations, a media report said on Sunday, amidst allegations by Imran Khan that his maiden visit to Moscow, much against Washington’s wishes, led to his ouster.

The letters were exchanged after the election of Shehbaz as prime minister but both the sides kept development away from the media glare in what seemed to be a move aimed at avoiding any public attention, The Express Tribune newspaper reported.

A senior Pakistan foreign office official confirmed to the newspaper that President Putin wrote a letter to the prime minister, congratulating him on his election.

The official, who requested not to be named because of the sensitivity of the issue, said Putin expressed his desire to deepen cooperation between the two countries.

A day after his appointment as Pakistan Prime Minister, President Putin sent a congratulatory message to Sharif which was made public by the Kremlin Press Office.

‘Our countries share friendly and constructive relations. I hope that as Prime Minister you will seek to further promote closer multifaceted cooperation between Russia and Pakistan, as well as partnership in the Afghan settlement and countering international terrorism,’ it quoted Putin as saying on April 12.

Shehbaz wrote back to Putin thanking him for his felicitation message and expressed similar sentiments on bilateral ties between the two countries as well as cooperation on Afghanistan, The Express Tribune reported.

The exchange of letters took place as the former prime minister Khan is adamant he was ousted from power through an alleged US-backed vote of no-confidence since Americans did not like his visit to Moscow to meet President Putin on February 24, the day the Russian president ordered the invasion of Ukraine.

On Saturday, Khan again alleged that Pakistan’s former ambassador to the US Asad Majeed Khan held a meeting with senior American diplomat Donald Lu, where the latter used undiplomatic language.

“I will go a step forward and say that he (Donald Lu) was arrogant the Joe Biden administration official told our ambassador that Imran Khan will have to be removed through a no-confidence motion,” he said, adding that the meeting took place before the no-trust motion was filed by the Opposition parties.

The Chairman of the Pakistan Tehreek-e-Insaf party said that the US official told Pakistan’s ambassador that everything would be forgiven if he was removed from office.

The US Department of State has repeatedly dismissed Khan’s allegations that Washington plotted a regime change in Islamabad with the help of Pakistan’s Opposition parties.

On Friday, US State Department Principal Deputy Spokesperson Jalina Porter said the US has been saying all along that there is ‘absolutely no truth to those rumours’ as alleged by Khan.

She also welcomed a statement from Pakistan’s National Security on Friday which rejected Khan’s claim about a ‘foreign conspiracy’ to oust him.

Meanwhile, The Express Tribune report noted that the felicitation message by President Putin to Prime Minister Sharif suggested that the process of building a relationship between Pakistan and Russia would continue under the new political dispensation.

Pakistan Foreign office officials said resetting ties with Russia was a decision taken by the state a long time back keeping in view the changing regional and international alignments.

That process, officials said, would continue but without much fanfare for some time given the Russia-Ukraine crisis.

The Russian Embassy in Islamabad, using its Twitter handle, congratulated Shehbaz on April 12 and expressed the hope that ties between the two countries would grow under his government.

Unlike the previous Imran Khan’s government, the new government will push for resetting ties with the West, particularly with the United States.

Sources said that Pakistan’s relationship with the West and the US was damaged because of the former prime minister’s rhetorical statements, the report said.

Sharif would avoid such an approach rather work quietly to advance the country’s foreign policy interests. The focus would also be on reaching out to the European Union, a major trading partner of Pakistan.

Pakistan’s ties with Russia have moved past the bitter Cold War hostilities in recent years and the chill in the relations between Pakistan and the US has further pushed the country towards Russia and China.

The two countries are not just exploring options to deepen economic ties, but Russia is also keen to sell arms to Pakistan, something it avoided in the past because of India’s opposition.

Pakistan and Russia have already been holding regular joint military exercises since 2016 in another sign of deepening ties between Moscow and Islamabad.

They also share the same view on key regional and international issues, including Afghanistan.