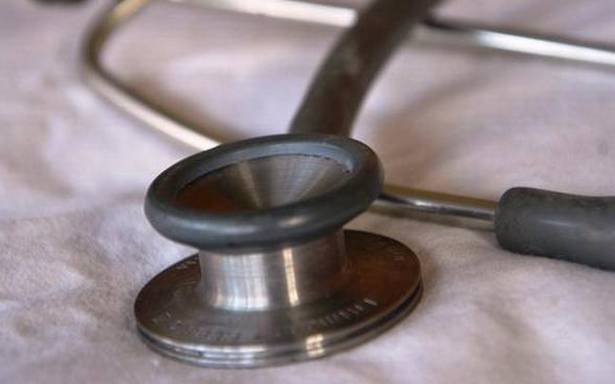 Stuck in India due to travel curbs, students feel short-changed with only online classes while Beijing refuses to commit to a timeline for a return to campus

When Sandeep* applied to the Nantong University on China’s east coast in 2017, he hoped to gain a medical education of decent quality at a fraction of the cost charged by Indian private universities. Instead, ever since he was stranded at home in Kota, Rajasthan in January 2020, he has been restricted to online classes and video lectures in what should be hands-on clinical subjects.

“I’m about to start my final year. At this stage, we should be going to hospitals and dealing with actual patients and bodies. Instead, we are getting practicals on a screen. They record a surgery in the operation theatre and send us the video. I can find that on YouTube if I wanted to,” says the 22-year-old, who did not want his real name to be used.

Asif*, a fourth year student at the Hubei University of Chinese Medicine, says his teachers keep reassuring students that practical subjects can be taught once they return to classes, but offer no timeline for return.

Sandeep and Asif are among the 23,000 Indian students in China, almost all of whom are in medical programmes, according to Indian Embassy data. Most of them returned to India during their winter break in January 2020 just before COVID started to spread through China, and later India as well, shutting down borders and preventing their return to campus.

On Monday, students intensified a Twitter campaign on their plight, with their hashtag #PMModiHelpIntlStudents garnering more than 24,000 tweets by mid-afternoon, and trending among political tweets.

Forming a union via the Telegram messaging app, almost 3,000 students under the banner of “Indian Students in China” sent a letter via email to Prime Minister Narendra Modi on June 27. They urged Mr. Modi to take up their cause with Chinese authorities, seeking clarity on a possible date of return and noting that China’s rates of infection are low, adding that they were willing to undergo vaccination, testing and quarantine protocols as required.

“If our returning is not possible then arrange some practical work for us in India so that we can continue our studies,” added the letter.

The attitude of the National Medical Commission, which regulates medical education in India, is also a cause of concern for the students.

“Initially, Indian medical colleges were also doing online classes only, and the NMC said that would be valid during the pandemic. However, all the local colleges have now restarted proper classes, and so have the medical schools in many other foreign countries except China, so we are not sure whether the NMC will recognise our degrees if we have online classes only,” said Neel Bhatt, a final year student at the Guangxi University of Chinese Medicine.

Sandeep added that many Indian students who graduated from Chinese universities in 2020 found it difficult to get the necessary internships in India, with the Tamil Nadu government refusing to allow internships for those with “online degrees”. Given that he has taken an education loan to pay his fees of about ₹20 lakh — still far below the ₹80 lakh needed for private medical education in India — he is worried about repayment if he is not allowed to practice in India.

Sandeep and Neel are also part of the wider China International Students Union, which includes representatives from 270 universities and multiple nationalities. Their June 30 letter to Chinese President Xi Jinping raised questions during a Chinese Foreign Ministry briefing on July 9.

“The Chinese government always attaches high importance to the issue of foreign students coming to China for their studies. On the basis of ensuring safety amid COVID-19, we will consider in a coordinated manner arrangement for allowing foreign students to return to China for their studies,” said spokesperson Wang Wenbin, without offering any timetable for the return of international students.

During the same press conference, he hit out at the U.S. for refusing the visa applications of Chinese students, provoking accusations of hypocrisy from aggrieved Indian students.

China imposed even stricter curbs on international travel starting in March this year, barring even its own nationals from returning from many countries including India, amid concerns over new variants. The Chinese Embassy is no longer issuing health codes that are needed to travel even for Chinese citizens who remain in India.

Last week, Li Bin, Vice-Minister of the National Health Commission, said recent local clusters linked to imported cases of the Delta variant “reminded us that we cannot relax our pandemic control measures”. Recent weeks have seen lockdowns imposed in some districts in Guangzhou as well as in Ruili along the China-Myanmar border. Complicating China’s opening plans are doubts about the efficacy of some of the Chinese vaccines.

The Indian Embassy in Beijing said in March it “has continued to follow up closely with Chinese authorities, including the Ministry of Education, regarding the concerns of Indian students in China” but officials say there is little India can do, considering the sweeping restrictions in place, until China decides to open up and reconsider its “zero case” strategy, which appears unlikely.