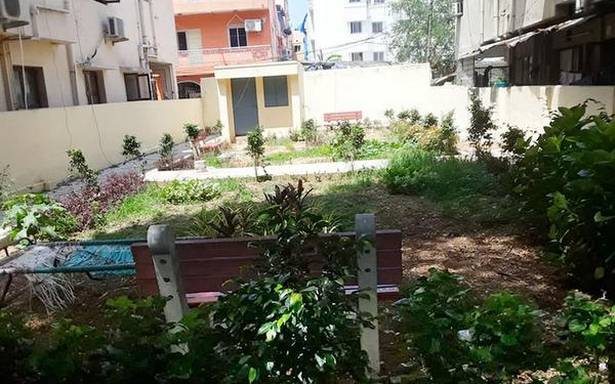 A park is being developed by Tamil Nadu Generation and Distribution Corporation Limited (Tangedco) at Dhamodharan Street in Gopalapuram.

“The parcel of land where the park is being developed belongs to the Greater Chennai Corporation. A Tangedco office is accommodated here. Hence, on its own volition, Tangedco is developing the park,” says Ward 111 Assistant Engineer of the Corporation.

The work began six months ago.

“Due to the devastating second wave, there was no progress in the last three months. Now, work has resumed and the park is expected to be ready in another 10 to 15 days. The aim of developing a park is just to add some greenery to the barren land. It will have a walkway, benches and a drinking water facility. Nearby, a sub-station is under construction which will be ready in another six months,” says K. Sathya, Assistant Executive Engineer, Chennai Electricity Distribution Circle, Tangedco.