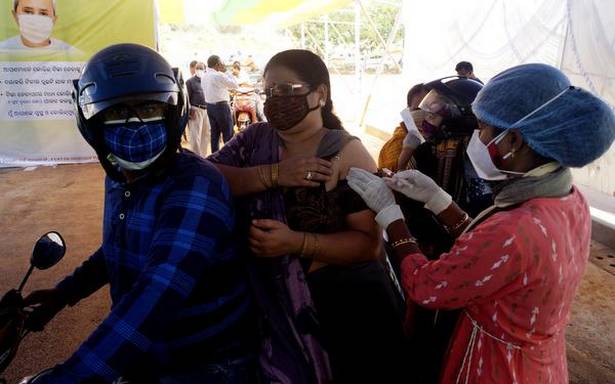 As test positivity rate comes down, restrictions relaxed to a great extent

The Odisha government on Thursday extended the partial lockdown in 10 districts by another two weeks till August 1.

The lockdown restrictions have, however, been relaxed to a great extent. The test positivity rate which was around 5% around July 1, has come down to 3%.

“Even now, the TPR continues to be high in some districts such as Khordha, Cuttack and Puri in Category-B. Around July 1, about 3,000 cases used to be detected daily. Now, it has dropped to 2,000. Of them 70-80% are reported from category-B districts,” said Chief Secretary Suresh Chandra Mohapatra.

“Cases detected from Khordha and Cuttack districts constitute 40% of the State’s caseload. There has not been any improvement in the pandemic situation as was expected,” said Mr. Mohapatra.

Keeping the livelihood of people in mind, shops have been allowed to remain open from 6 a.m. to 8 p.m. in 20 Category-A districts, where the TPR and reporting of daily cases were relatively low. There will be no weekend shutdown there. Besides, the night curfew will be from 8 p.m. to 6 a.m.

Similarly, the duration for keeping shops open has been extended by four hours in Category-B districts. Now, shops will remain open from 6 a.m. to 5 p.m. instead of present 6 a.m-2 pm window. Both weekend shutdown and night curfew will be in force in the 10 coastal districts.

In an important announcement, the government has allowed operation of bus services in all districts within the State, except Puri where the Rath Yatra of Lord Jagannath is celebrated. There will be no bus service in Puri till July 25. The government has, however, not allowed any inter-State bus service. Taxi and auto-rickshaw services have been restored in the fifth lockdown.

Cautioning people to wear mask and maintain physical distance, Mr. Mohapatra said there were reports of people contracting virus even after being fully vaccinated as was seen in Bhubaneswar.