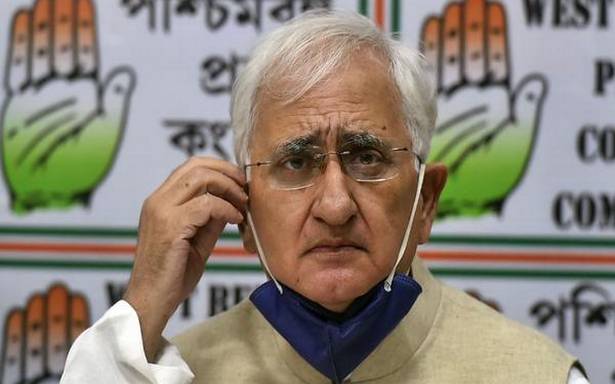 Congress, among all opposition parties, is still in the best position to bring 120-130 seats,” the CWC member said.

The Congress is still in the "best position" to clinch 120-130 seats in the next Lok Sabha elections and assume the leadership role in a prospective anti-BJP opposition alliance, Senior Congress leader Salman Khurshid has said, and rejected suggestions that the party was facing a "leadership crisis".

The Congress Working Committee (CWC) member also reminded regional parties opposed to the BJP of the defeat in the 2019 general elections when Narendra Modi powered the NDA to a second straight term in office due to a fragmented opposition, warning the "BJP is coming after them" in their respective states.

"If somebody is not a leader, why project them (as one). If somebody is a leader, they will get projected on their own. Congress, among all opposition parties, is still in the best position to bring 120-130 seats," he told PTI in an interview.

The Gandhi family loyalist claimed the Congress is in "direct contest" with the BJP in around 240-250 seats and that formed the basis for his assertion.

Responding to a question about the voices in some sections of the opposition favouring West Bengal Chief Minister Mamata Banerjee as the opposition spearhead against Prime Minister Narendra Modi, Mr. Khurshid evaded a direct reply.

"When opposition parties met in Delhi, no one spoke about who will be the leader or not," he said.

Mr. Khurshid said it is for the opposition parties, particularly the regional entities, to decide whether they want the BJP to remain in power over the next decade.

"It is not just the fight for who will be in power in Delhi but also a survival battle for opposition parties as BJP is now coming after them. It is ultimately about their future as BJP is coming after them in States. They (regional parties) have to decide for themselves. We need to learn our lesson from the 2019 defeat," he said.

The senior Congress leader expressed doubts about the success of a United Front-like experiment where smaller parties ran the central government with outside support from the Congress between 1996 and 1998.

Mr. Khurshid rejected suggestions of a leadership crisis within the Congress but acknowledged the "void of not being in power".

"There is neither a leadership crisis nor is the party clueless on what to do and what not. But we are not a regimented party, we are a democratic party. There are different opinions, voices. But even those who have written a letter to the party (G 23 group) have never said they don’t have faith in the leadership," he said.

He said young leaders like Jitin Prasada and Sushmita Dev deserted the Congress as they were not ready to wait for its return to power.

Mr. Khurshid rejected the view in a section of the Congress that someone from outside the Gandhi family should be handed over the baton to bring about a turnaround in the party’s dipping fortunes.

"If somebody can get us as much vote and support the Gandhis get us even today is most welcome. But if you are realistic, then you would know that they don’t have even 5% of the support that the Gandhis have," he asserted.

Mr. Khurshid, while speaking about the delay in holding organisational elections, said interim president Sonia Gandhi did not want to continue but party leaders persuaded her to helm the organisation.

"Rahul Gandhi had personal reasons when he said he doesn’t want to hold this position but would continue to work for the party. We do hope that after this period of office recess, although he had remained active, the only thing is he didn’t have the label of the president," he said.

The veteran Congress leader said the CWC, the party’s highest decision making body, will take a call on the induction of poll strategist Prashant Kishor into the Congress. He said he had no information about whether Mr. kishor had offered to join the Congress or how the party had responded to it.

"A decision will be taken based on consensus and after discussions in CWC. Nothing has been discussed so far," he said.

When asked about the possibility of Congress allying with the TMC in Bengal, he said it is for the two parties to decide keeping in mind the interest of their state units.