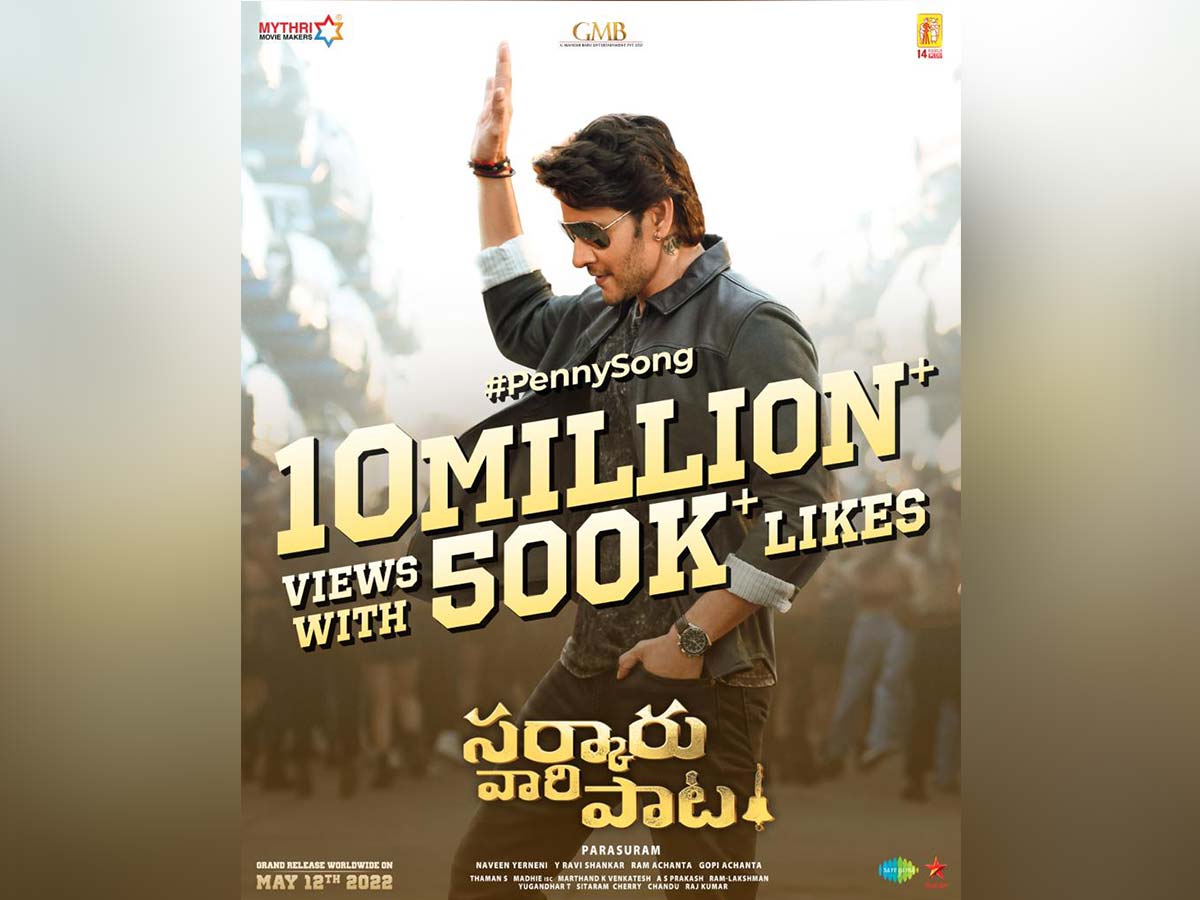 The music lovers and the fans of Mahesh  Babu are  expecting that the song Penny will also create sensational records just like the first single, Kalaavathi.

The first song Kalaavathi is a beautiful melody and it was received tremendously well by the music lovers. Mahesh Babu’s stylish look was a massive treat for fans.

The big budget action drama Sarkaru Vaari Paata is produced by Mythri Movie Makers, 14 Reels Plus and GMB Entertainment on a grand scale. R Madhi is handling  the cinematography, while Marthand K Venkatesh is the editor and AS Prakash takes care of the  art department. The movie also has Samuthirakani, Vennela Kishore and Subbaraju in crucial roles and it  is gearing up for a release on 12th May, 2022.