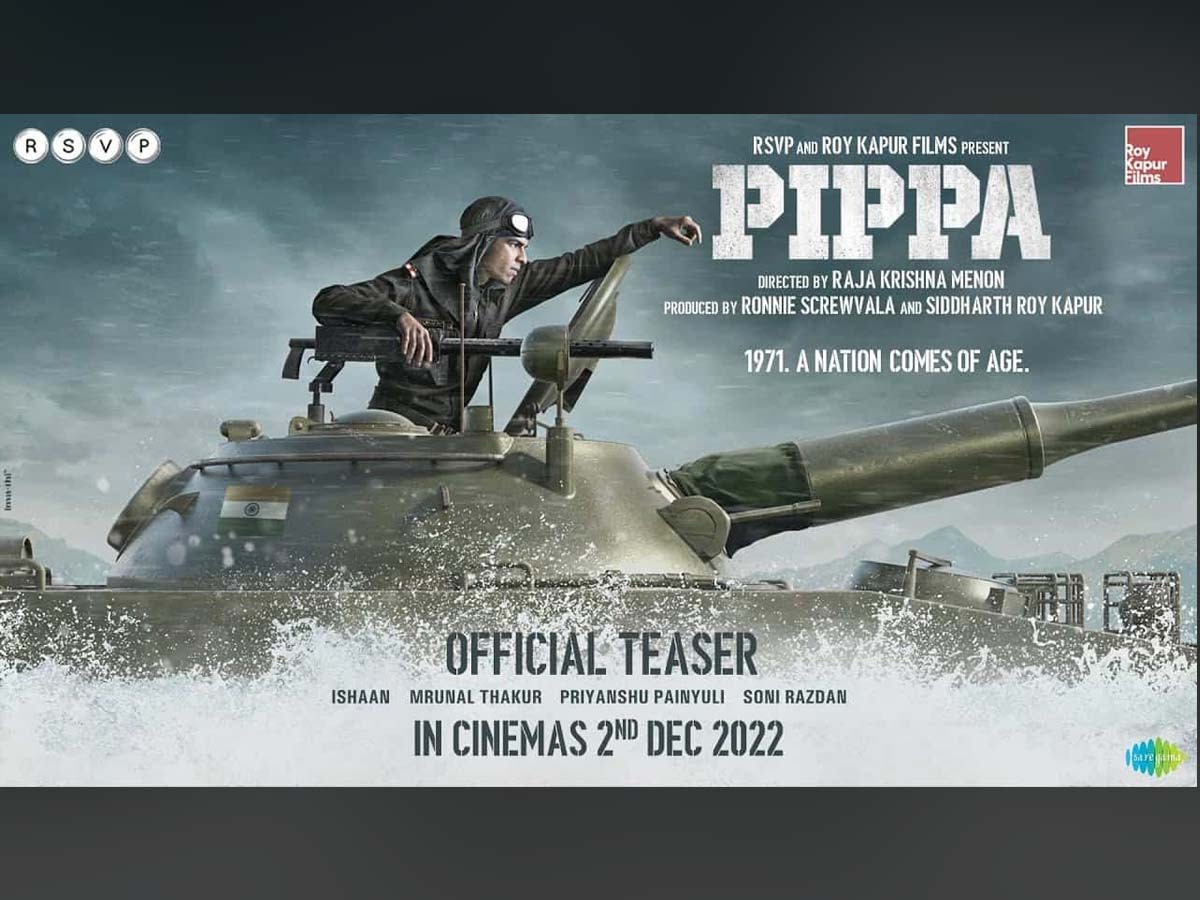 Bollywood actor Ishaan Khatter and Mrunal Thakur are currently working together for the movie Pippa  which is all set for release. Today on the occasion of the 75th Independence Day, the makers of Pippa unveiled a new teaser of the film based on the Indo-Pakistan war of 1971. Pippa will arrive at the theaters on 2nd  December 2022. The production house unveiled the teaser and wrote on Twitter: PIPPA in cinemas December 2nd, 2022. On the momentous occasion of our country’s 75th Independence Day – presenting a glimpse from the movie we have collectively put our heart, gut and soul into. May our soil, our people and our culture be blessed always. It’s been an honor to represent the valour and bravery of our defence forces More to come.

Ishaan Khatter and Mrunal Thakur  starrer Pippa is an action-packed war drama, which is based on true events. The teaser gives the glimpses of several incidents that happened during the war. It  is a story about three siblings against the backdrop of the action packed 48 hour Battle of Garibpur, which was fought on the eastern front of India during the Indian and Pakistan War of 1971.

The teaser also gives a glimpse of Soni Razdan and Mrunal who will be seen as Ishaan’s mother and sibling, respectively.  The teaser is packed with heavy emotions and some intense war scenes. It is perfectly balanced.