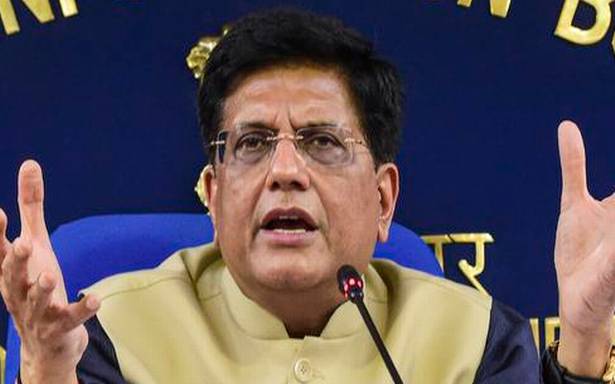 Commerce and Industry Minister Piyush Goyal on Monday asked industry bodies to identify obstacles being imposed by countries to restrict India’s exports and assured that the government would respond ‘appropriately’ to such impediments.

The Minister’s remarks, suggesting that the Centre is not averse to taking retaliatory trade policy measures to counter export barriers beyond the realm of tariffs and duties, came at an interaction with industry bodies across sectors on achieving the $400 billion merchandise exports target for the year, ramping up to $2 trillion by 2030.

“(The Minister) urged all to share the experience on non-tariff barriers in other countries so that India can take appropriate response wherever feasible,” the Commerce Ministry said in a statement about his comments at the closed-door meeting.

Last week, the Minister had promised a fresh approach towards free trade agreements, while disclosing that an Indo-U.S. trade deal is off the table and the government would look to resolve non-tariff barriers with the U.S. instead.

When the U.S. had dropped India from the Generalised System of Preferences for exports from developing countries in 2019, India had responded with tariff hikes on over two dozen U.S. products.

“The key to success is to focus on goals, not obstacles,” Mr Goyal said in his concluding remarks to industry bodies on Monday.