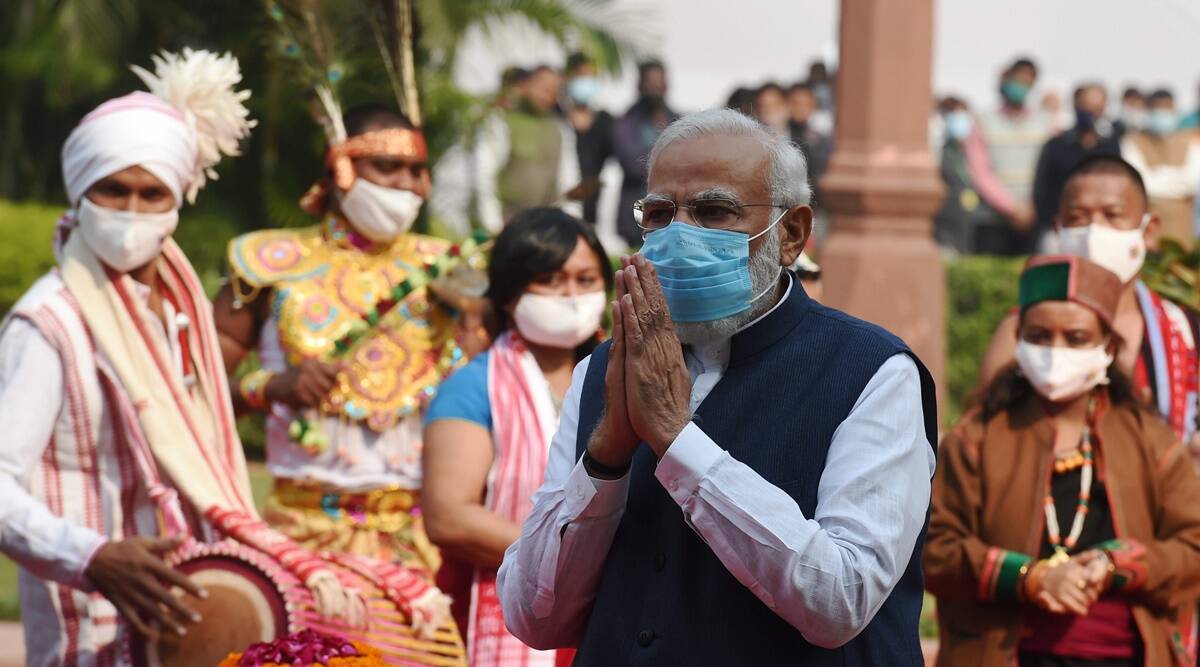 Paying tributes, PM Modi said Birsa Munda, popularly known as Dharti Aaba, fought against the ideology that wanted to erase the identity of the tribal society of India. Addressing a gathering virtually, the prime minister said Dharti Aaba did not live very long but he wrote a complete history for the country and gave direction to the future generations of India.

Paying tributes, Modi said he fought against the ideology that wanted to erase the identity of the tribal society of India.

“Bhagwan Birsa knew that attacking diversity in the name of modernity, tampering with ancient identity and nature was not the way for the welfare of the society. He was in favour of modern education, he advocated for change, he showed courage to speak against the shortcomings of his own society,” the prime minister said.

Congratulating citizens of the state and the tribal society, Modi dedicated the Birsa Munda Memorial Udyan and Museum to the nation.

The museum is situated at the Old Central Jail in Ranchi where the tribal icon had breathed his last. A 25-feet tall statue of Munda has been installed.

The project has been developed in association with the Jharkhand government, the Prime Minister’s Office said.

It demonstrates the way tribals struggled to protect their forests, land rights, their culture and show their valour and sacrifices, which is vital for nation-building, the PMO said.

The memorial park has been developed on adjacent 25 acres of land, and it has a musical fountain, food court, children’s park, infinity pool, garden and other entertainment facilities.