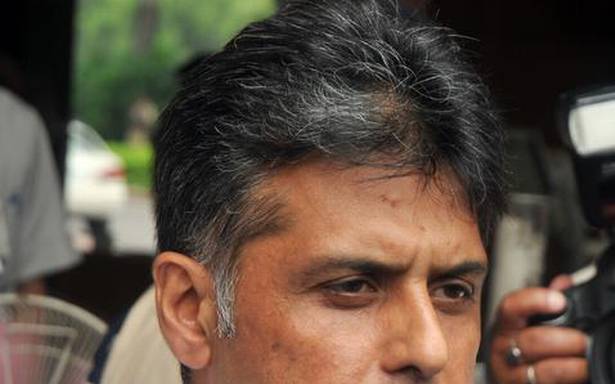 Leaders of the Congress on Thursday spoke in different voices on the breach in the security of Prime Minister Narendra Modi’s convoy during his visit to Punjab on Wednesday.

At an official press conference, the Congress maintained that there was no security breach, and accused the BJP of defaming Punjab and Panjabiyat.

However, Lok Sabha member Manish Tewari, and Rajya Sabha member Abhishek Singhvi called for fixing accountability for the lapse. Mr. Tewari went a step further and asked for a probe by a sitting High Court judge.

The comments from the MPs on social media came on a day when the party fielded Rajasthan Chief Minister Ashok Gehlot, Chhattisgarh Chief Minister Bhupesh Baghel and Leader of the Opposition in the Rajya Sabha Mallikarjun Kharge to speak to the media and defend the Punjab government.

Citing instances when the Prime Minister’s motorcade was held up in Delhi, Noida and Lucknow, Congress spokesperson Pawan Khera told reporters that Mr. Modi never used the same words to ‘defame’ the Chief Ministers then as he did in the case of Punjab Chief Minister Charanjit Singh Channi.

“You want to defame entire Punjab, its three crore people and Punjabiyat and Punjabi culture. Punjabi tradition is such that they will protect you with their own lives and every Punjabi has that courage,” Mr Khera said.

On September 22, 2017, when the Prime Minister was visiting his Varanasi constituency, some girls of Banaras Hindu University were protesting against harassment, at the Lanka Gate area, and police failed to remove them, the Congress spokesperson said.

“Did you hear the Prime Minister utter these words, which he uttered yesterday for Punjab, in Punjab? ‘Thank You Mr. Chief Minister, Main Zinda Laut Aya [I am returning alive].’ You didn’t hear this against [Uttar Pradesh CM] Adityanath. Why didn’t he use these words in U.P.,” asked Mr. Khera, referring to the statement Mr. Modi is said to have made after returning to the Bathinda airport.

Speaking to reporters in Raipur, Mr. Baghel said, “PM’s security is the topmost priority, irrespective of the party he belongs to. There should be no mistake. But, the statements being given by BJP leaders and Union Ministers after Wednesday’s development are unfortunate”.

“If rain had occurred and people did not come, then you should have gracefully postponed the rally instead of levelling allegations against Punjab Chief Minister and the State Government as elections are due in two months,” Mr. Gehlot said in Jaipur.

“It is the failure of the Centre which is armed with Special Protection Group, Intelligence Bureau and other agencies,” charged Mr. Kharge.

Striking a different note, Mr Singhvi tweeted: “Irrespective of politics, or sudden change of PM plans, or irremovability of protesting farmers at short notice cos of change, or allegations &counter allegations, we have to take all steps to ensure PM security & fix accountability”.