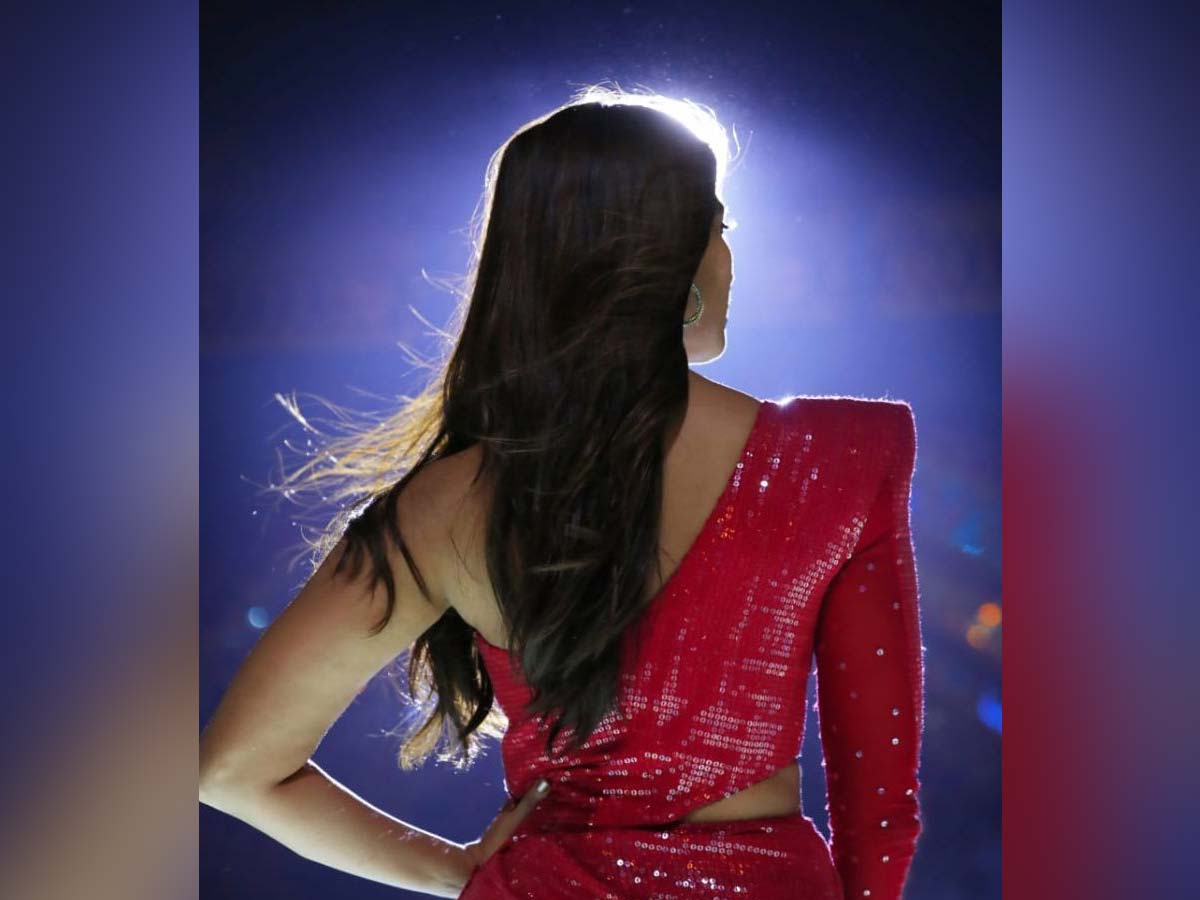 We have already reported the Pooja Hegde has been brought on the board to shake a leg for the special song in upcoming comedy F3  which is progressing at the brisk pace under the direction of Anil Ravipudi. The film has Venkatesh Daggubati, Vaun Tej, Mehreen Kaur and Tamannah Bhatia in the lead roles. Today morning Anil Ravipudi took to his Twitter to share  pic from the sets of his directorial venture F3 that features back look of Pooja Hegde. This is her second item number. He wrote: This SUMMER is going to be. Guess who joined the sets of #F3Movie for a SPECIAL SONG?”

It is known that the dusky beauty  Pooja Hegde had set the dance floors on fire with the Jigelu Raani item song from Ram Charan and Samantha Ruth Prabhu starrer Rangasthalam.

The newly  released poster  is raising the temperatures and we can not get enough of the same. Pooja  Hegde who is known for setting the screen on fire with her glamour show, has joined the sets and going to rock on the  dance floor with Venkatesh and Varun Tej.

F3 the comedy entertainer  which also has Sonal Chauhan and Sunil in the supporting roles will be released on 27th of May.