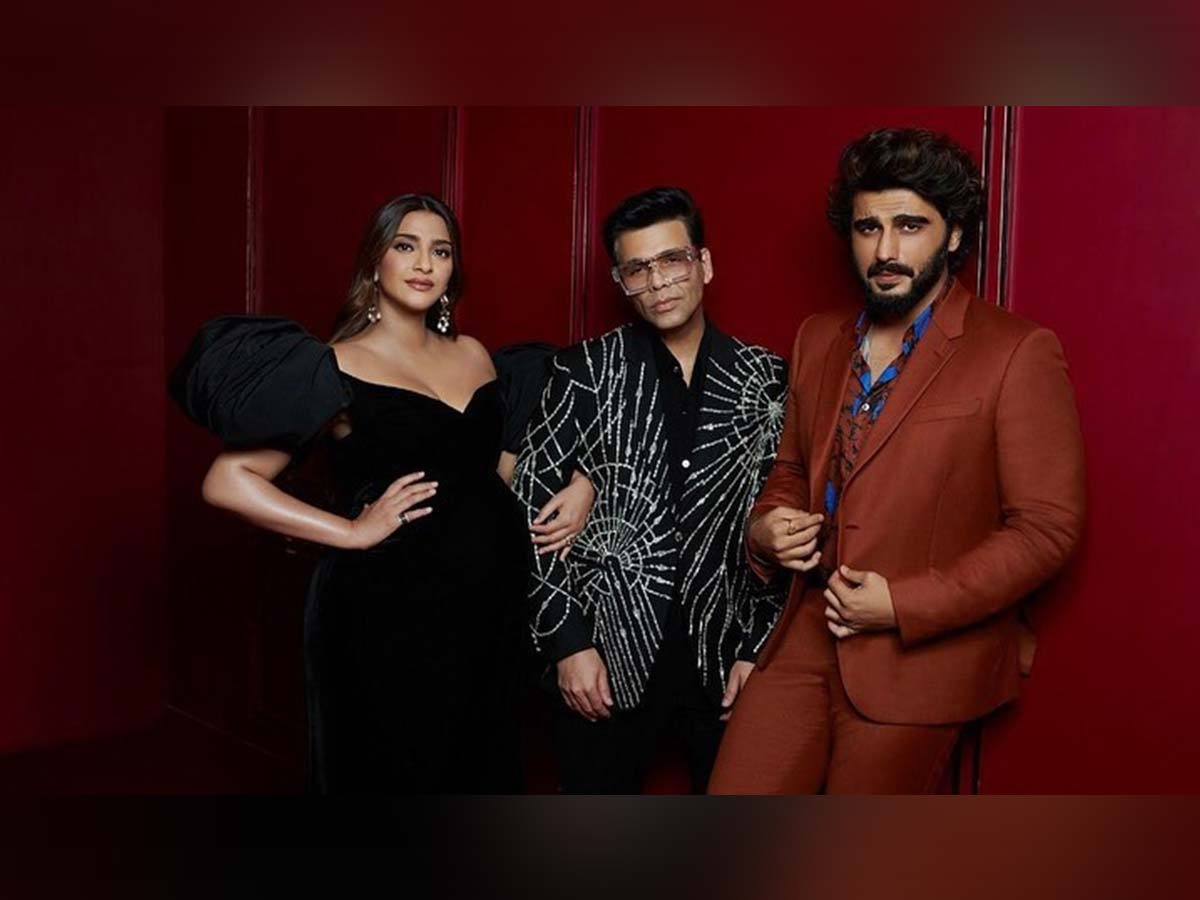 It is known that Sonam Kapoor is pregnant.  Bollywood actress Sonam Kapoor and Arjun Kapoor will appear on Thursday’s episode of  the chat show Koffee with Karan,  which is being hosted by Karan Johar. A heavily pregnant Sonam Kapoor  wore a black dress to the show, whereas Arjun wore a tan jacket.

Mom-to-be Sonam Kapoor in the teaser of the show can be seen being her candid best. She revealed if cousin Arjun Kapoor has slept with all her friends.  Today the makers released a promo. Coming On the promo, Karan Johar is seen asking Sonam Kapoor about Arjun Kapoor: “How many friends of yours has he slept with?” to which she replied that her brothers have slept with all her friends, and that between them, there’s no one left. Arjun said, “What kind of sister are you? What are you saying about us?”

Karan Johar also asked how he saved his girl friend Malaika’s name on his phone, to which, Arjun replied,”I like her name. Malaika.”

The recent season of Koffee with Karan has featured Alia Bhatt and Ranveer Singh, Janhvi Kapoor and Sara Ali Khan, Samantha Ruth Prabhu and Akshay Kumar, Ananya Panday and Vijay Deverakonda, and most recently,  Aamir Khan and Kareen Kapoor. The new episode will premiere on Disney+ Hotstar on 11th August at 12 am.