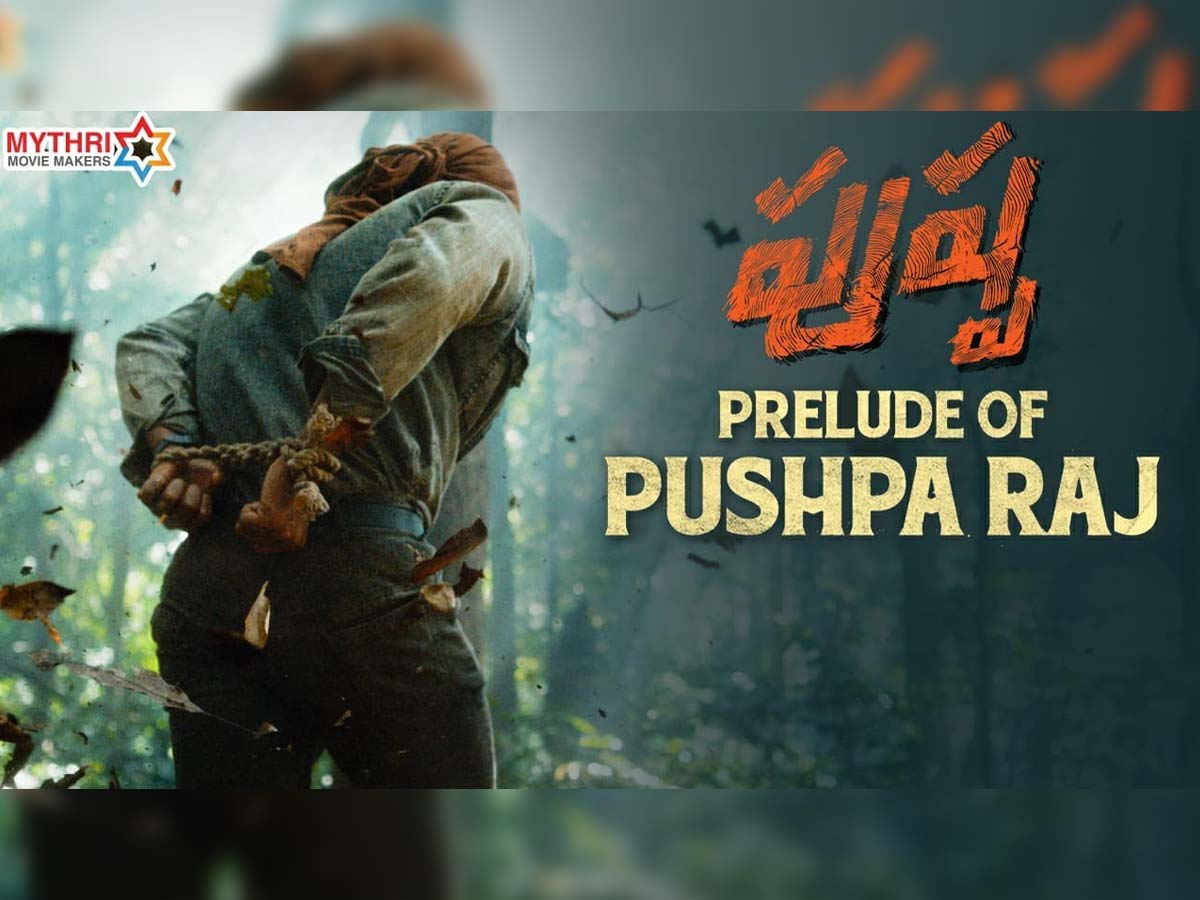 The stylish Star Allu Arjun starrer action and romantic drama Pushpa have released a ‘Prelude of Pushpa Raj’   which is a short video that gives us a glimpse into the world of Pushpa. Coming  on the video, Allu Arjun who is playing the role of Pushpa Raj is seen running in a dense forest with an intense background music.

Last year the makers of Pushpa released the first look poster that featured Allu Arjun in a rustic avatar. He is playing the role of a coolie who turns red sanders smuggler from Rayalaseema.

The major part of the film is being shot in  Seshachalam and Maredumalli forests. This is Allu Arjun’ 3rd film with creative and talented film maker Sukumar  after Arya and Arya 2, both of movies were blockbusters. Expectations were high from Pushpa, which is bankrolled by Mythri Movie makers and it has the music by Devi Sri Prasad.

Rashmika Mandana is playing the female lead,  and this is the first time when Bheeshma lady is working with Stylish Star. The film also has Jagapathi Babu, Prakash Raj and others playing  the crucial roles in the movie. Like many movies, the shoot of Pushpa was also halted for several months due to COVID-19 restrictions before it resumed in November.