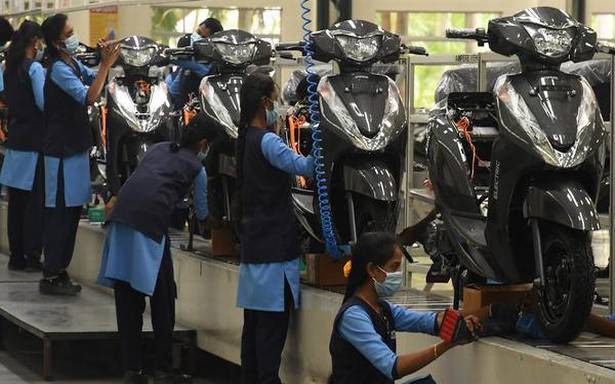 Fresh investments announced in the country grew 88% year-on-year to ₹12.76 lakh crore between April and December 2021, with the private sector accounting for about two-thirds of these commitments, according to a new report.

About 7,764 new projects were announced in the first three quarters of the current fiscal. This accounted for growth of almost 47% compared with the same period in 2019-20 (pre-COVID year) indicating recovery in capital expenditure.

On the other hand, the public sector investments grew 12.3% from a year earlier to ₹4.06 lakh crore across 4,407 new projects. Compared with the pre-COVID period of FY20, the figure is lower by 7.8%.

“At present, the private sector is pedalling forward the capex cycle. To sustain this and to pep up private investment further, the government has to step up its investment in infrastructure, both transport and social, on a large scale,” Shashikant Hegde, CEO at Projects Today said.

He added that while most of the key sectors had shown net gains over the pre-pandemic levels, the worrying factor was the noticeable contraction in fresh investment plans by the public sector units during the first nine months of the current fiscal. “Most of the critical infrastructure sectors, other than roadways, saw lesser fresh investment proposals vis-à-vis pre-pandemic levels,” he said.

The survey showed that private investment in real estate increased 43.9%, and anticipating increased demand for their produce from the roadways and real estate sectors, cement and steel companies too announced large-scale capacity building plans. In addition, increased capex plans were also seen in the petrochemical, plastic products, electronics and automobile sectors.

It further highlighted that the 7.8% decline in public sector investment was mainly because of the deep cut in fresh investment by State government agencies. New investment proposals announced by these agencies in the first three quarters of the current fiscal indicated a fall of 32.7% compared with a year earlier.

The pandemic clearly impacted revenues and spurred expenditures on the healthcare and social fronts. As a result, most of the State governments were left with fewer resources for capital expenditure. Irrigation and water supply projects were the most hit because of curtailment in capex plans, Mr. Hedge added.

“The list of states who are yet to reach the pre-COVID levels was headed by Andhra Pradesh. The southern state registered a net loss of Rs 39,535 crore. Maharashtra, the second-ranked state in terms of total fresh investment, registered a net loss of Rs 26,940 crore. The other net losers to figure among the top five states were Kerala (Rs 20,683 crore), West Bengal (Rs 15,071 crore) and Rajasthan (Rs 15,062 crore),” the survey said.

Mr. Hedge said the survey was conducted when the number of people affected by the Omicron variant of COVID-19 pandemic was hitting a high across the country. Hence, all predictions made at this point are based on the assumption that the pandemic will be reined in within a month or two.

“With most of the economic indicators showing positive growth in the recent past, Projects Today expects the revival seen in the fresh investment activities to gain pace in FY23. The healthy growth seen in the manufacturing and real estate sectors is expected to continue in FY23. Similarly, we expect increased fresh investment in the roadways sector to continue in FY23 too,” he added.