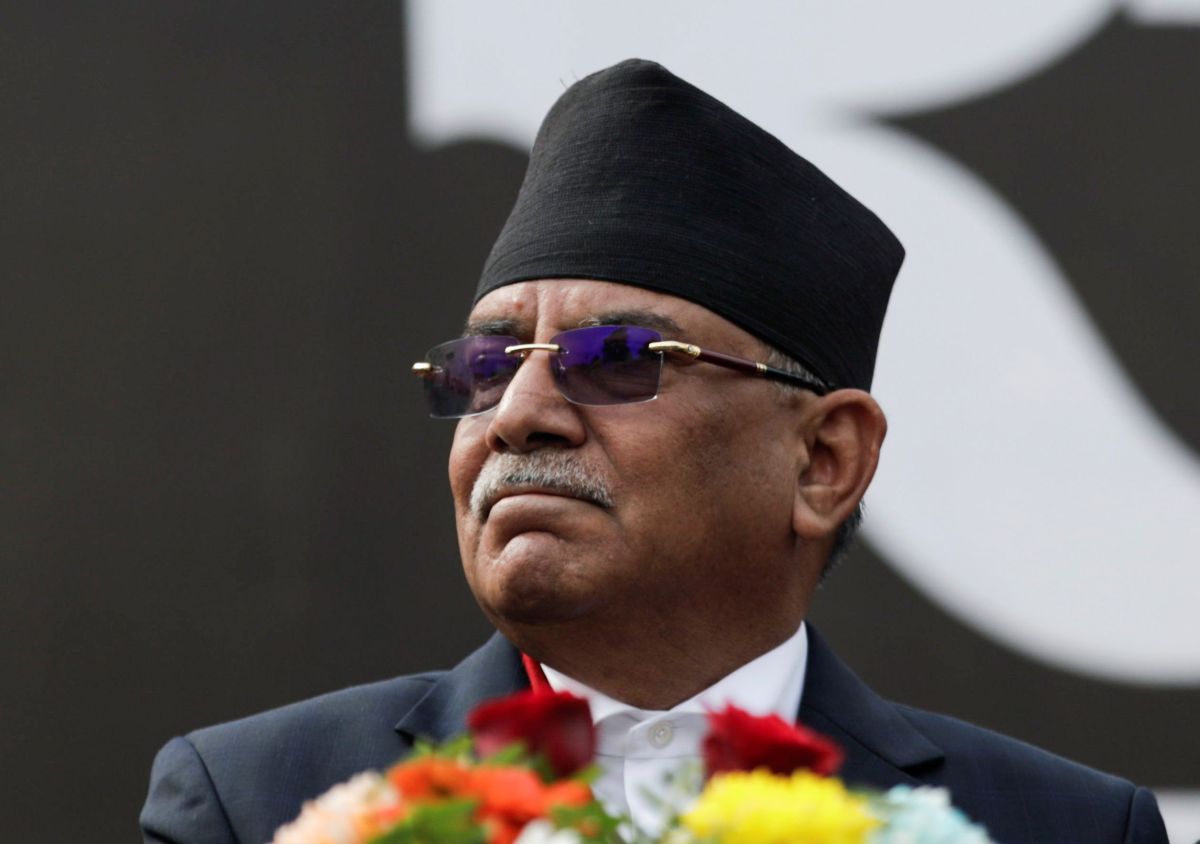 The surprise development may not bode well for India-Nepal ties as Prachanda and his main backer K P Sharma Oli have some run-ins with New Delhi previously over territorial issues.

Prachanda, the 68-year-old leader of former communist rebels, was appointed as the Prime Minister of Nepal, according to a statement issued by the President’s Office in Kathmandu.

The President had called any member of the House of Representatives, who can garner a majority with support from two or more parties as stipulated in the Article 76 clause 2 of the Constitution to submit a claim for the Prime Minister’s post by 5 pm on Sunday.

Prachanda submitted the claim before the deadline given by the President expired.

The swearing in ceremony of the newly-appointed Prime Minister will take place at 4 pm on Monday, according to the President’s Office.

He has support of 168 lawmakers in the 275-member House of Representatives which includes CPN-UML with 78, CPN-MC with 32, RSP with 20, RPP with 14, Janata Samajbadi Party (JSP) with 12, Janamat with 6, Nagarik Unmukti Party with three and three independent lawmakers.

Prachanda, who is being appointed as the Prime Minister of Nepal for the third time, is seen as pro-China.

He has in the past said a new understanding with India needed to be developed on the basis of ‘changed scenario’ in Nepal and after addressing all outstanding issues, like revision of the 1950 Friendship Treaty and resolving Kalapani and Susta border disputes.

The India-Nepal Treaty of Peace and Friendship of 1950 forms the bedrock of the special relations between the two countries.

In recent years, Prachanda, however, said India and Nepal need to address diplomatically some of the issues ‘left by history’ to realise the full potential of the bilateral cooperation.

His main backer Oli is also known for his pro-China stance.

As the prime minister, Oli last year claimed that efforts were being made to oust him after his government redrew Nepal’s political map by incorporating three strategically key Indian territories, a move that strained ties between the two countries.

India had termed as ‘untenable’ the ‘artificial enlargement’ of the territorial claims by Nepal after its Parliament unanimously in 2020 approved the new political map of the country featuring Lipulekh, Kalapani and Limpiyadhura areas which India maintains belong to it.

The country shares a border of over 1,850 km with five Indian states — Sikkim, West Bengal, Bihar, Uttar Pradesh and Uttarakhand.

Land-locked Nepal relies heavily on India for the transportation of goods and services.

Nepal’s access to the sea is through India, and it imports a predominant proportion of its requirements from and through India.

Born in Dhikurpokhari of Kaski district near Pokhara on December 11, 1954, Prachanda remained underground for almost 13 years.

He led the decade-long armed struggle from 1996 to 2006 that ultimately ended with signing of the Comprehensive Peace Agreement in November 2006.

Earlier, a crucial meeting was held at former prime minister Oli’s residence where CPN-Maoist Centre and other smaller parties agreed to form a government under the leadership of ‘Prachanda’.

There has been an understanding between Prachanda and Oli to lead the government on rotation basis and Oli agreed to make Prachanda Prime Minister at the first chance as per his demand.

“As the largest party the Nepali Congress failed to form a government under its leadership as per Article 76(2) of the Constitution within the president’s deadline. Now, the CPN-UML has taken the initiative to form the new government under the leadership of Prachanda with the support of 165 lawmakers,” Shankar Pokharel, CPN-UML general secretary, told reporters after the meeting.

Earlier in the day, Prachanda walked out of the Nepali Congress led five-party alliance after prime minister and Nepali Congress president Sher Bahadur Deuba rejected his bid to become the Prime Minister in the first round.

Deuba and Prachanda had earlier reached a tacit understanding to lead the new government on a rotational basis.

During talks with Prachanda on Sunday morning at the PM House, Nepali Congress had staked claim for both the key posts of President and Prime Minister, which Prachanda had rejected resulting in failure of the talks, Maoist sources said.

The NC offered the post of Speaker to the Maoist Party, which was rejected by Prachanda.

“The alliance has broken as the last-minute talks between Deuba and Prachanda failed to strike a deal,” Shah told PTI earlier in the day.

After talks with Prime Minister Deuba failed, Prachanda reached the private residence of CPN-UML chairman Oli to seek his support to become the Prime Minister. He was joined by leaders of other smaller parties.

Nepali Congress is the largest party with 89 seats in the House of Representatives while CPN-UML and CPN-MC have 78 and 32 seats, respectively.

No party in the 275-member House of Representatives has 138 seats required to form a government.

In the House, CPN (Unified Socialist) has 10 seats, Loktantrik Samajwadi Party (LSP) has four, and Rastriya Janamorcha and Nepal Workers and Peasants Party have one seat each.

There are five independent members in the Lower House.