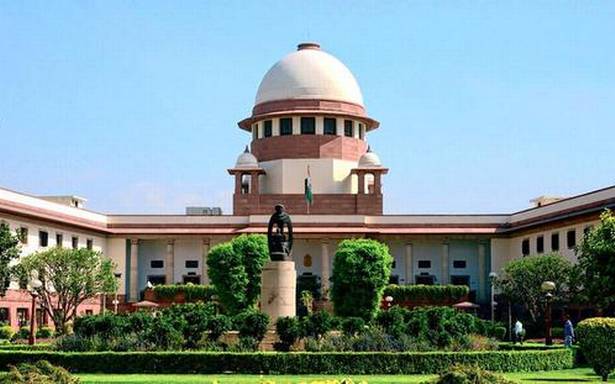 Criminal proceedings against an accused person cannot be quashed merely because the charge-sheet was not filed by the police against some of his co-accused in the case, the Supreme Court has clarified.

An accused person whose involvement in a crime has been prima facie proved during a thorough investigation cannot claim to be treated on par with others against whom no material was found to be charge-sheeted, the court noted in a recent order.

“Merely because some other persons who might committed the offences, but were not arrayed as accused and were not charge-sheeted cannot be a ground to quash the criminal proceedings against the accused who is charge-sheeted after a thorough investigation,” a Bench of Justices M.R. Shah and B.V. Nagarathna observed.

The order was pronounced in a case of criminal conspiracy, cheating and inducement to dishonestly deliver property involving a bank.

The case was based on a complaint filed by Suvarna Cooperative Bank in Karnataka. The bank had filed the conspiracy case directly before the Court of Additional Chief Metropolitan Magistrate, Bengaluru.

The police investigated the complaint and filed a charge-sheet against the main accused but not two of the co-accused in the case.

The main accused managed to get the case quashed by filing an appeal before the High Court, following which the bank approached the Supreme Court successfully.