Arguing that India’s weak fiscal response plays a role in magnifying the structural drags, it noted the “GDP per capita to be 12 per cent below our pre-virus baseline even in 2025, implying the largest amount of scarring among major economies globally.” 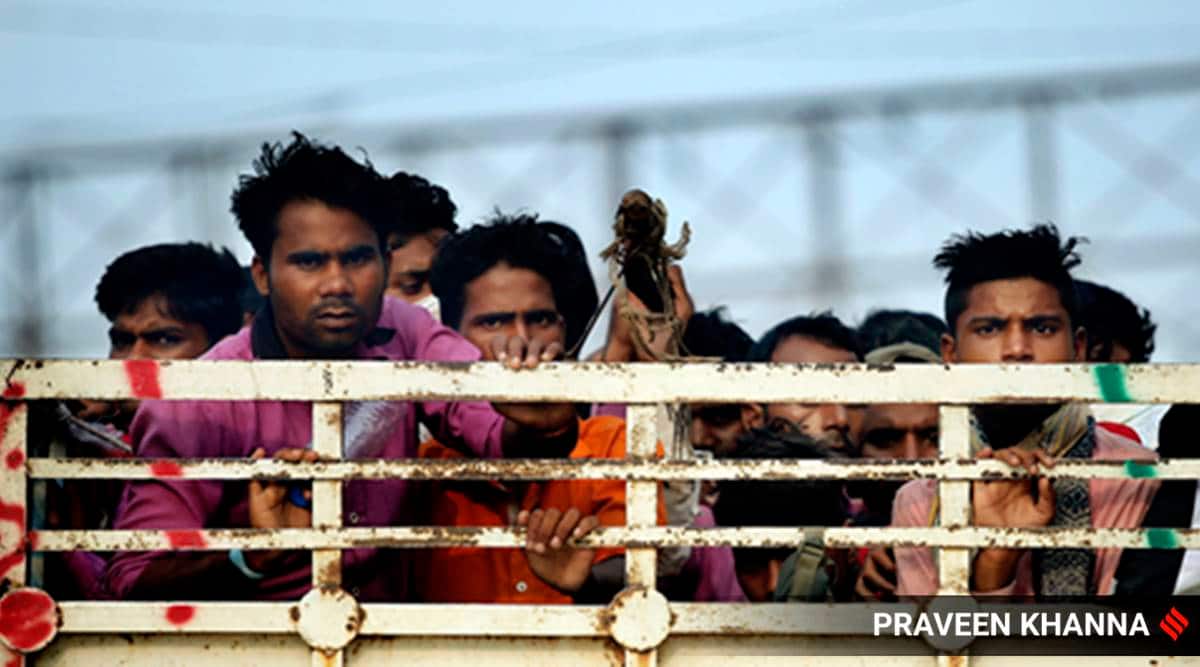 The long-term scars caused by Covid-19 pandemic, amid a weak fiscal stimulus by the government, would push India’s trend growth substantially lower from pre-Covid levels, causing a large medium term output loss, according to Oxford Economics. It forecast the potential growth to average just 4.5 per cent over 2020-2025, as opposed to its pre-virus forecast of 6.5 per cent.

Arguing that India’s weak fiscal response plays a role in magnifying the structural drags, it noted the “GDP per capita to be 12 per cent below our pre-virus baseline even in 2025, implying the largest amount of scarring among major economies globally.”

India’s gross domestic product (GDP) growth contracted 23.9 per cent in the April-June quarter, while various agencies have projected contraction of around 10 per cent for the entire fiscal. The Centre will report the July-September GDP numbers on November 27.

“The deep economic damage caused by the coronavirus pandemic and lockdowns instituted to contain it make a prolonged growth impact inevitable. Even after the pandemic is contained, India’s economy will have to deal with its aftermath. It’s likely that headwinds already hampering growth prior to 2020 — such as stressed corporate balance sheets, elevated non-performing assets (NPAs) of banks, the fallout in non-bank financial companies (NBFCs), and labour market weakness — will worsen,” Priyanka Kishore, head of India and South East Asia Economics, said in the report released Thursday.

She said an adequate and well-designed fiscal stimulus would halve this impact by limiting deterioration in pre-Covid headwinds. But India has fared poorly in its fiscal response in dealing with the pandemic.

“Despite having one of the most stringent lockdowns globally in Q2, its direct fiscal response to Covid so far amounts to just 2.5% of GDP, with the lion’s share of the USD 230 billion fiscal package earmarked for liquidity and financing support schemes. While we forecast the central government’s fiscal deficit will widen to 7% of GDP in FY21 from 4.7% in FY20, it’s unlikely to deliver a meaningful boost to growth because it’s not the result of a surge in spending,” as per the report.

Using its Global Economic Model, Oxford Economics noted that raising expenditure by around 5 per cent of GDP over the next four quarters and phasing out the additional support in a gradual manner can increase 2021 GDP by Rs 19 lakh crore (trillion) and bring it just 2 per cent below pre-Coronavirus baseline.
According to this model, the government’s fiscal deficit will balloon towards 9 per cent in 2021, but will fall to around 4.5 per cent by 2024.

The report projected a continuation of falling investment rate, as highly leveraged balance sheets not only impinge on the sectors’ appetite for fresh investments, but also make banks increasingly reluctant to extend credit to them. The share of total investment in India’s GDP has trended lower since 2012, led by a deceleration in private investment growth, and a “broad-based fall in future investment rates” is likely.

“With (IBC) avenue for identifying distressed businesses closed for the time being, banks are likely to exercise higher discretion in extending credits to corporates,” the report said, adding the bankruptcy process is expected to be slower even after it is reinstated, delaying recovery of bad loans. ‘To oppose the BJP does not mean one is unpatriotic’