The Electricity Department has strongly objected to the move, and has said there is no urgent necessity to privatise the distribution network

In its objection raised through an inter-departmental note two months ago, the Department had pointed out reasons for the opposition to the privatisation move, by its 3,000-strong workforce.

The Electricity Engineers and Employees Privatisation Protest Committee has been in regular touch with all employees since the privatisation move was first made by the Centre in May, this year, an official said. Besides concerns of the employees on their service matters, the Department believed that there was no urgent necessity to privatise the distribution network as “the Puducherry Electricity Department (PED) is comparatively better managed though there is sufficient scope for tweaking it for higher levels of efficiency..”

The experience in privatisation of power distribution in Odisha and Delhi was also not an encouraging sign. “The transmission and distribution entities of Odisha have become financially insolvent. The private entities did not have adequate cash flow even to pay salaries. AES (a Fortune 500 company), the private partner of Central Electric Supply Company has walked out of their agreement leaving the management control back to Government of Odisha in 2001,”” the note said. A new investor was found in June this year. The All India Electricity Statistics published by the Central Electricity Authorities for the year 2016-17 has pegged the transmission and distribution losses of Odisha at 39.10%.

However, Delhi had a mixed experience. Initially there were “teething,” troubles leading to huge public protests on account of a steep increase in tariff and “unreliable,” power supply during peak summer. “At the end of two decades of privatisation in Delhi, we notice great improvement in the infrastructure and quality of power delivery, despite mounting regulatory assets of distribution companies,” the note said.

The audited accounts of the department showed that it has an accumulated loss of ₹47.92 crore as on March 2019 since its inception in 1954.

The Aggregate Transmission and Commercial (AT&C) loss of the department was showing a steep decline in recent years. Up to the third quarter of the last financial year, it was 16.37%. Puducherry was one among 14 States and Union Territories to have recorded less than 20% AT & C loss. The AT & C loss was mainly due to non-payment of bills. Various government departments and other entities owed ₹442.58 crore of the total arrears of ₹605.19 crore.

In 2019-20, the department incurred an expenditure of ₹1,526.62 crore crore towards power purchase while it earned a revenue of ₹1,608.83 crore. “Moreover, the department had current assets to the tune of ₹1,118 crore crores which was built up at the taxpayers expense over the last 65 years and that is something which cannot be sold for a song to a private player,” the note said. 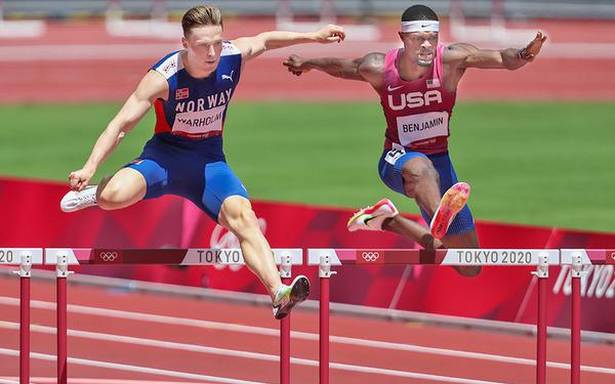