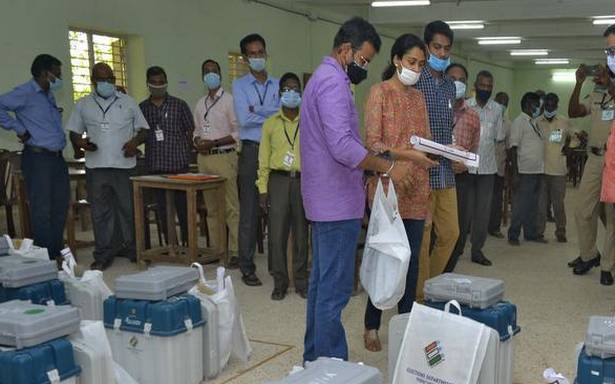 All arrangements are in place for the smooth conduct of polling on Tuesday, District Election Officer Purva Garg said on Monday.

“We have taken elaborate measures for a safe and smooth polling exercise. I appeal to all voters to exercise their franchise,” the DEO said.

The DEO also checked the security arrangements and the monitoring mechanism, such as the tracking of the vehicles carrying EVMs with GPS and also met the officials assigned with polling duty at the distribution centres.

The DEO later took stock of the arrangements in polling stations.

Puducherry region has 23 model polling stations, one in each constituency.

“These model stations have all facilities for electors for ease of voting. Also, we have set up one all women polling station in each constituency,” she said.