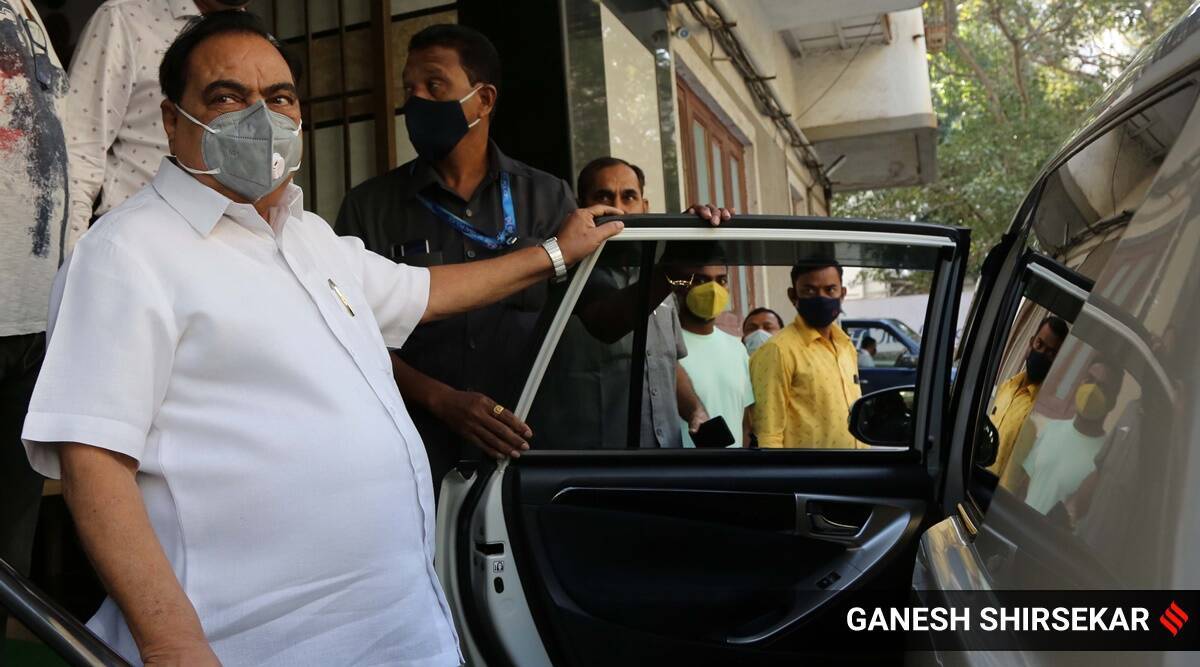 The ED claimed that while recording his statement, Khadse was confronted with the minutes of the meeting dated May 2, 2016. THE ENFORCEMENT Directorate (ED) is probing the authenticity of a document of the revenue department, submitted by NCP leader Eknath Khadse during his questioning last week, after detecting alleged anomalies in it with regard to the minutes of a meeting submitted by the Maharashtra Industrial Development Corporation (MIDC) in connection with the Pune land deal case.

The ED claimed that while recording his statement, Khadse was confronted with the minutes of the meeting dated May 2, 2016. At this meeting, which was chaired by Khadse as the revenue minister, the leader, who was with the BJP at that time, is alleged to have given directions to authorities to execute the sale deed of a piece of land in favour of his wife and son-in-law, the ED said. The copy of the minutes submitted by Khadse before the Central agency has a handwritten addition, stating that “action should be taken as per law”. However, ED claimed, that the minutes of the same meeting submitted by the MIDC, to which the land belonged, do not mention the handwritten note. “We suspect that the addition was made as an afterthought to claim that the meeting ended with authorities concerned being asked to take action as per law. It was done to evade action by investigating agencies looking into the irregularities in the land deal,” an ED official said.

The ED alleged that Khadse’s son-in-law Girish Chaudhri, who is currently under arrest, entered into a sale deed to acquire the MIDC land in Bhosari, Pune, to avail a compensation amount 2.5 to three times higher than the actual value. The land was registered at a much lower rate, of Rs 3.75 crore, against the prevailing value of Rs 31 crore, it said.

On Monday, ED sought further custody of Chaudhri and claimed before the special court that Khadse was “instrumental” in getting the sale deed of the property. The ED said that when he was confronted with the minutes of the 2016 meeting, Khadse admitted his presence but said that he had no authority to give directions.

The ED told the court that the minutes submitted by Khadse “appeared to be forged”, a charge that Chaudhri’s lawyer Mohan Tekavde denied. There was no entry in the name of MIDC as owner of the land and hence, there was no question of obtaining any objections from it before entering a sale deed, Tekavde added.

The ED also claimed that it had recorded the statement of a man claiming to have the power of attorney of the original owner of the land, adding that he said that even though he had given his signature, he was not aware of the transaction. The Central agency alleges that while Chaudhri claimed that the land was purchased through funds taken as loan from a few companies, the amount seemed routed through shell companies.

The special court had said on Monday that while the genuineness of the minutes of the meeting and ownership of the land were “argued upon by both parties”, it was not necessary to enter into the merits of the transaction at the stage of remand. “However, from the investigation papers, it could be seen that there is inconsistent statements by Khadse with respect to the transactions,” the court had said, adding that considering the statements recorded so far on the transactions and entries of foreign currency as alleged by the ED, opportunity for fair and just investigation needed to be given to the agency. It sent Chaudhri to further custody till Thursday.