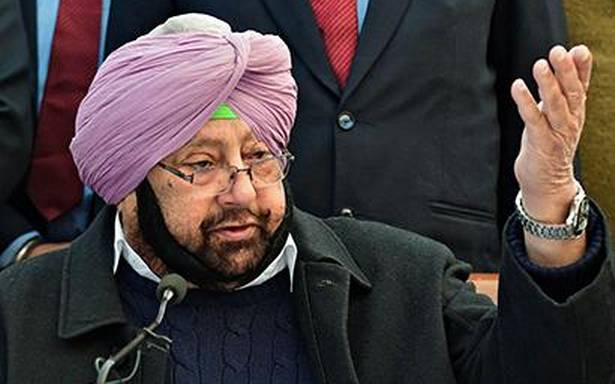 Flags geopolitical instability as cause of concern

The Chief Minister has proposed to lead an all-party delegation from Punjab for discussion with the Prime Minister to find a durable and amicable solution to the vexed problem of the prolonged farmer agitation, which he said, is threatening the social fabric of the State and impacting the economic activities as well.

In a letter to the Prime Minister, Capt. Amarinder warned that the powers across the border “may try to play upon the charged emotions of our proud, sincere, and hard-working farmers” of Punjab, which has a long and live international border.

“The situation is presently under control but I fear that provocative statements and conduct of some political parties and the emotional backlash might create law and order problems and also lead to irreversible damage to the hard-earned peace in the State,” said the Chief Minister.

In his letter, the Chief Minister pointed out that the farmers have been agitating for the past seven months on Delhi-Haryana borders, and also in the State, demanding repeal of these laws and their protests have been more or less peaceful so far.

“It is a little unfortunate that the multiple rounds of engagement between the Union Ministers and representatives of farmers’ groups have not proved successful,” he said.

Highlighting some other issues and concerns of farmers which warranted immediate attention, Capt. Amarinder referred to his demi-official letter written to Mr. Modi on September 28, 2020 through which he sought to compensate the farmers for the additional cost of managing crop residues at the rate of ₹100 per quintal of paddy, apart from Minimum Support Price as residue burning always remains a no-cost option for them.

Noting that it is extremely important to prevent stubble burning in view of anticipated third wave of COVID-19, and its adverse impact on the health of people especially in this region of the country, the Chief Minister said these farmers also needed to be categorically reassured about their concerns regarding the provisioning of MSP and continued public procurement of wheat and paddy. Further, their immediate fears about the hike in prices of fertilizers especially phosphatic fertilizers after October 31, 2021 also required to be addressed, as nearly 60% of DAP consumed in the State would be during November and December for the sowing of wheat, the letter reads.