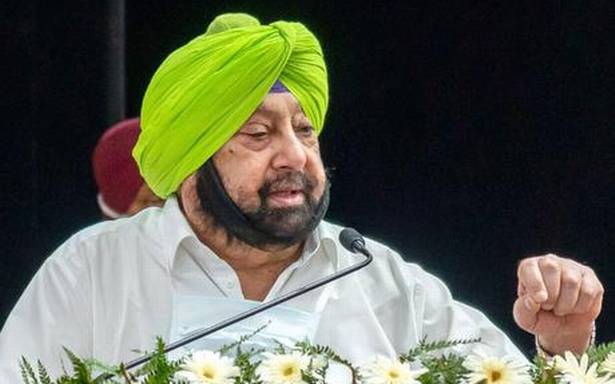 The Chief Minister also ordered an increase in testing from the current 45,000 per day to at least 50,000 per day as part of the preparations for the possible third wave

Punjab government on Friday ordered extension of the existing Covid-19 restrictions till September 30, in view of the upcoming festival season. It imposed a limit of 300 on all gatherings, including political, and strict enforcement of wearing of masks as well as social distancing.

Chief Minister Amarinder Singh, in his order, made it mandatory for organisers, including political parties, to ensure that participants, management and staff at food stalls etc. in festival related events are fully vaccinated, or at least have had a single dose.

Calling for continued vigil in the light of the festivals, the Chief Minister urged all political parties to lead by example, while directing the Director General of Police to ensure compliance of restrictions by all. The Chief Minister also directed Chief Secretary Vini Mahajan to make joint administration-police flying squads in each district to ensure compliance at restaurants, marriage palaces etc.

Chairing a virtual high-level Covid-19 review meeting, the Chief Minister also directed the Department of Social Security to prepare to open “Anganwari” centres within this month. The Chief Minister also ordered an increase in testing from the current 45,000 per day to at least 50,000 per day as part of the preparations for the possible third wave. Along with sentinel testing, outreach camps and testing should be taken up, especially where public gathering is expected to take place on account of the festival season, he directed, adding that all infrastructure augmentation works should also should be expedited and completed.

A decision was also taken that in case Punjab government employees fail to take even the first dose of Covid-19 vaccine for any reason other than medical, will be compulsorily sent on leave after September 15.