BKU (Ugrahan) president, Joginder Singh Ugrahan, talks to The Indian Express about where the Punjab farmers' agitation is headed. 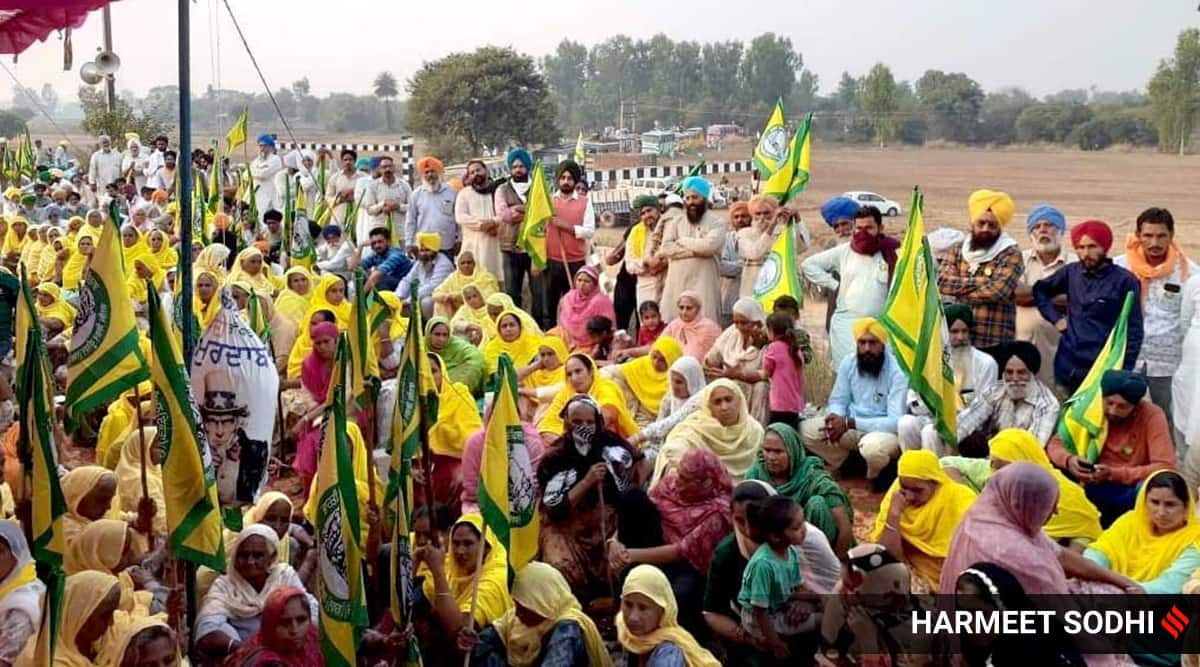 BKU (Ugrahan), one of the largest farmer organisation in Punjab, has been at the forefront of the protests against Centre’s farm laws. Its 75-year-old president, Joginder Singh Ugrahan, talks to The Indian Express about where the agitation is headed.

What do you think is the achievement of farmer outfits in this struggle against farm laws?

Though the Centre has not yet given any signal on withdrawing these Acts or even making amendments, we think that this movement has now become every household’s movement. Women, youngsters and even children have become part of this mass movement. Earlier, our local units were having base in 550 villages and now they have been spread to 1,330 villages and apart from that villagers, urbanites from all over are supporting us. Hence, lakhs have connected with us during this movement, who are contributing money as well to run this ongoing struggle. We are getting support from abroad as well and I had addressed farmers at Germany as well through live session. Farmers of over 20 states have joined hands. Centre government, that was thinking that the protest will die its own death, is now forced to talk to us not once but repeatedly. I find all these as achievements of the farmers’ joint struggle.

Do you think that farmers will continue to sit on dharnas if their demands are not met?

Leaders may feel tired, but members are energetic. They are ready to join morchas every day with the same vigour and zest. They are not ready to stay back. Every day, they collect milk, ration from villages and come at morchas. Even here as well they perform duties on rotation basis of serving langar, making tea, cleaning the pandal, arranging vehicles etc. We never fell short of volunteers, rather they are always in line to work. Youngsters have come in large numbers to be part of dharnas, which is a record participation. For how long have these indefinite dharnas continued?

Our union started indefinite dharnas from September 15 when we started ‘pakka morchas’ outside the houses of former CM Parkash Singh Badal in Badal village and in Patiala’s PUDA ground against CM Amarinder Singh. We lifted dharnas from these places on September 22 and started rail roko at 6 places in Punjab from September 24-26. Later, we started indefinite dharnas on rail tracks, outside shopping malls, outside the houses of BJP leaders, petrol pumps of corporates, toll plazas. In between, dharnas from tracks were lifted, few dharnas from dealer owned petrol pumps had also been lifted but as of now, dharnas are going on at 45 places led by our union alone.

But now Railways has suspended rail services, as farmers are not agreeing for starting passenger services. This is causing inconvenience to the masses.

Our union had lifted dharnas from tracks on October 13 and the rest 30 unions had lifted on October 21. Unions as part of their struggle said that they will not allow passenger trains to be operated, but railways are having their own plans at the behest of Centre government. Hence, they have suspended trains intentionally since October 24. Inconvenience of masses is also important and we do understand. Now, farmer unions have also stated that the day freight trains are started by Railways, they will take a positive decision for passenger trains. What else does the Centre want now? However, by and large urban people are also with us. They cannot join our dharnas on a daily basis as they cannot shut their shops or factories, but they do understand our woes and they are aware that these acts are going to affect them as well in the longer run.

Why have you targeted corporates?

Corporates are the ones who are eating up most businesses in India. Now, they are all set to grab the agriculture sector as well. Hence, we have launched our protest against those mighty businessmen. Our protests cannot cause much harm to their businesses, but at least we have dared to take them head on. I am aware that employees working in their shopping malls, petrol pumps are also affected. But we are helpless as the government is not resolving our issues. So far, no employee came to us with a plea that their job has been affected.

Explained: The Railways network in Punjab, and how it has been impacted by the ongoing protests

What are the future plans of the union?

On November 20, we will be giving memorandums at district headquarters to DCs to be sent to Punjab CM that he must also nullify the farm laws passed during his term and the contract farming act passed in 2011. Later, we will be preparing at village, block level for our upcoming Delhi Chalo programme scheduled for November 26-27. We will now see whether Delhi Police allows us to enter Delhi or not. We had also been told by Centre that Union ministers will be meeting us again on November 21. We are yet to receive any written information about it.