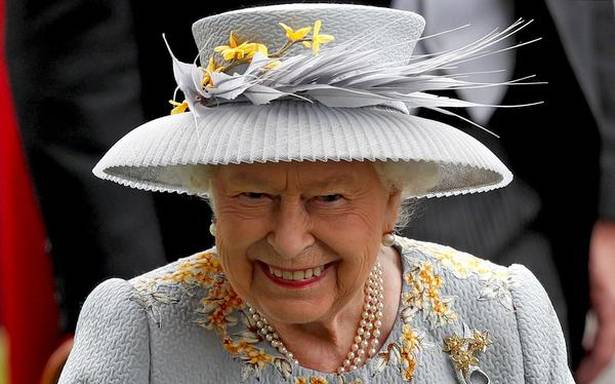 The 95-year-old monarch recalls the country’s last big win in the game 55 years ago when England won the World Cup under Bobby Moore as captain.

Queen Elizabeth II leads a host of royals and senior figures wishing the England football team ahead of a historic Euro Cup final against Italy at Wembley Stadium in London on Sunday.

In a special note addressed to England team manager Gareth Southgate OBE, the 95-year-old monarch wished the team luck and recalled the country’s last big win in the game 55 years ago when England won the World Cup under Bobby Moore as captain.

“Fifty-five years ago I was fortunate to present the World Cup to Bobby Moore and saw what it meant to the players, management and support staff to reach and win the final of a major international football tournament,” reads the note penned on a Windsor Castle letterhead on Saturday.

“I want to send my congratulations and that of my family to you all on reaching the final of the European Championships, and send my good wishes for tomorrow with the hope that history will record not only your success but also the spirit, commitment and pride with which you have conducted yourselves,” she said.

Prince William, the President of England’s Football Association (FA), on Sunday released a video message wishing the squad led by captain Harry Kane the “very best of luck for tonight”.

“What a team performance it’s been. Every member of the squad has played their part, and all the backroom team as well have been truly essential,” said William, the Duke of Cambridge, who was at Wembley Stadium on Wednesday when England beat Denmark to reach their first major football cup final in 55 years.

British Prime Minister Boris Johnson has decked out Downing Street this weekend with the England red and white flag as he cheered the team along.

In his letter, Mr. Johnson told the team they had "already made history" by taking England into the final of a major international competition after such a long gap.

"You have forged a band of brothers whose energy and tenacity and teamwork – and sheer flair – seem to shine in everything you do," he said.

"You have lifted the spirits of the whole country, and tomorrow we know you can lift that trophy too. We are not just hoping or praying. We believe in you, Gareth, and your incredible squad. On behalf of the entire nation, good luck, have a great game – and bring it home," he said.

Opposition Labour leader Sir Keir Starmer said the players have been "as fearless as the Three Lions on our crest" and thanked them for being "role models, not just to a generation of young people, but to an entire nation".

The final is expected to attract a record television audience, with Coral bookmakers saying it is odds-on at 4 to 5 to be the most-watched programme or broadcast ever in the U.K..

Some employers and school heads have decided to allow staff and pupils a later start on Monday morning after the game, with pubs allowed to stay open an extra 45 minutes beyond usual closing time if the game goes into extra time or penalties.