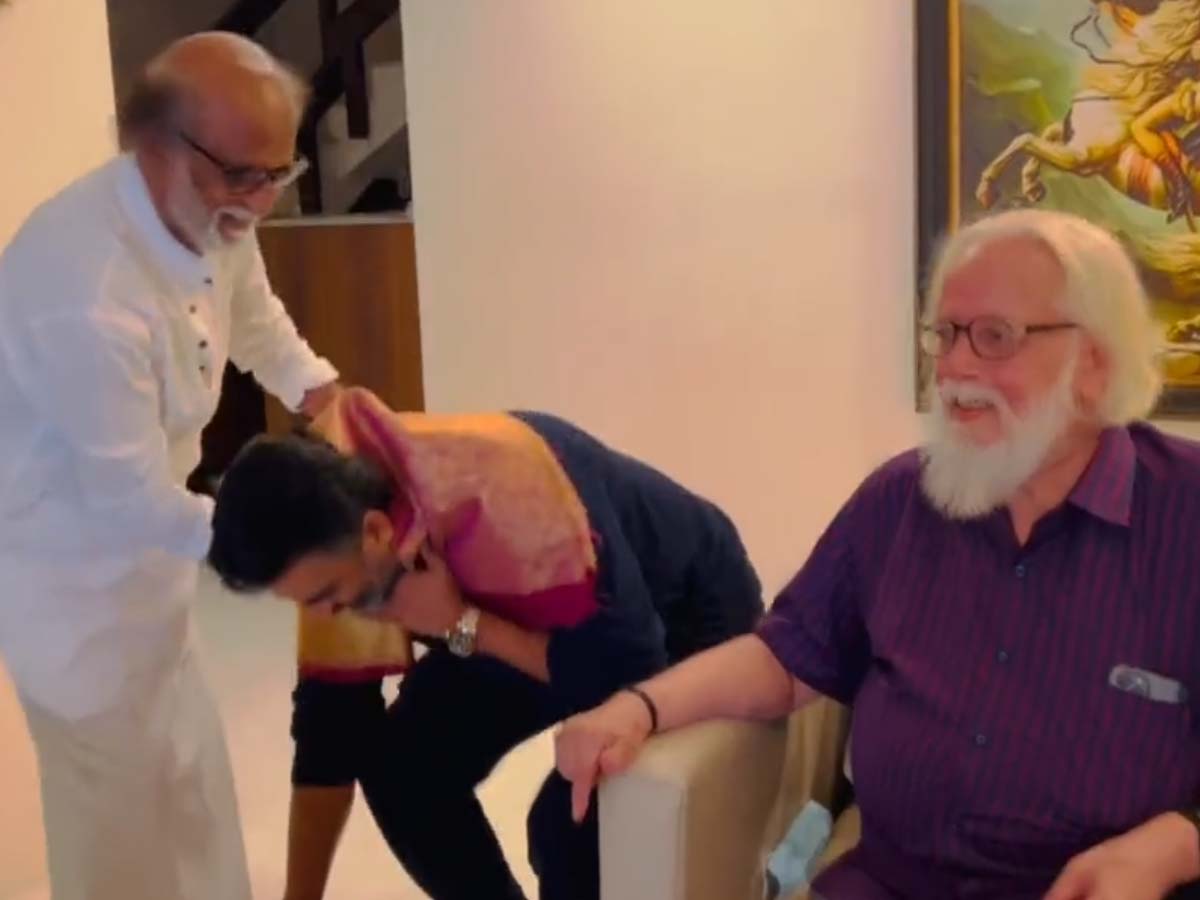 R Madhavan is a popular name in the Indian film Industry. A video is going viral on the social media whereRocketery: The Nambi Effect star R Madhavan is seen touching Rajinikanth’ feet.  Madhavan also shared the same video on his Twitter and penned a sweet note for the actor on Twitter, “When you get the blessings from a one man industry & the Legend himself in the presence on @NambiNOfficial -it’s a moment etched for eternity-Thank you for you kindest words on #Rocketry & the affection @rajinikanth sir.This motivation has completely rejuvenated us. We love you.”

In the video, Madhavan is seen seeking Rajinikanth’s blessings.  The movie is written, produced and directed by  Madhavan and it marks his directorial debut.   The movie is based on the life of Nambi Narayanan, a scientist at the Indian Space Research Organization, who was accused in the ISRO espionage case and later exonerated.

Rocketery: The Nambi Effect  was shot in different locations, including Canada, Georgia, India, France,  and Serbia. It was released on 1st July in six different languages – Hindi, Telugu, Tamil, Malayalam, English and Kannada. R Madhavan played the role of Nambi Narayanan in this film.

The movie Rocketry: The Nambi Effect is having a good run at the box office.