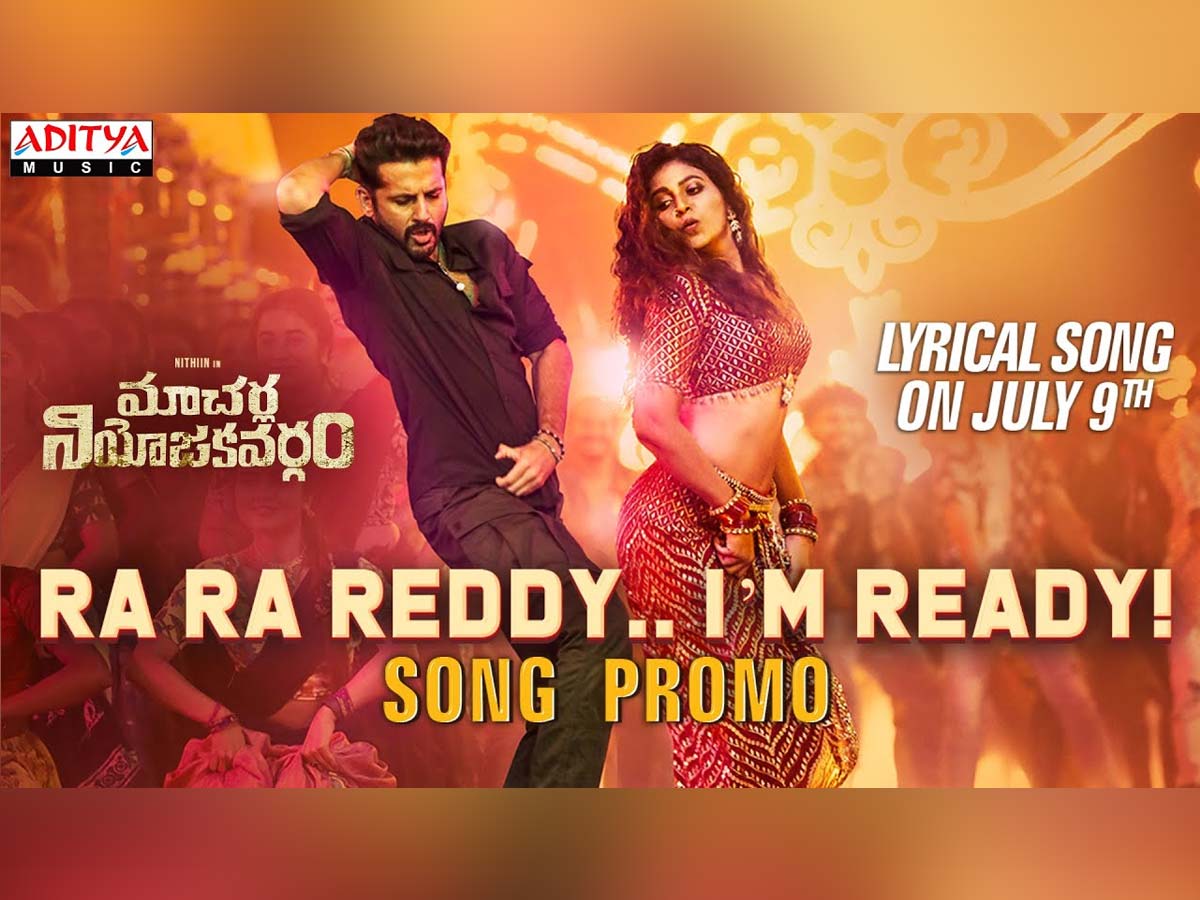 Macherla Niyojakavargam is an upcoming Telugu film  in which the young actor Nithiin and Uppena fame Krithi Shetty are playing the lead roles. We have already reported that Anjali will be seen shaking a leg for the special song in this film.  Today the makers of Macherla Niyojakavargam released the promo of this special number titled-  ‘Ra Ra Reddy’. The complete lyrical video will be out on 9th July. Prior to that, the makers have released a promo of ‘Ra Ra Reddy.. I’m Ready’ song which is currently trending on social media.

Mahati Swara Sagar’ melodies and trendy upbeat tracks are highglighted.  The song is crooned by Lipsika and Aditya Iyengar, the lyrics are penned by Kasarla Shyam.

Nithiin looks handsome in a black shirt and denim, but Anjali stole the show with her stunning beauty. She is oozing oomph  and her glamour is a treat to watch.

MS Raja Shekhar Reddy is directing Macherla Niyojakavargam  which is being backed by Sudhakar Reddy and Nikitha Reddy under Sreshth Movies banner in association with Aditya Movies.  The movie is slated  to hit the theaters on 12th August worldwide in a very grand manner. Prasad Murella is the cinematographer and Kotagiri Venkateswara is the editor.