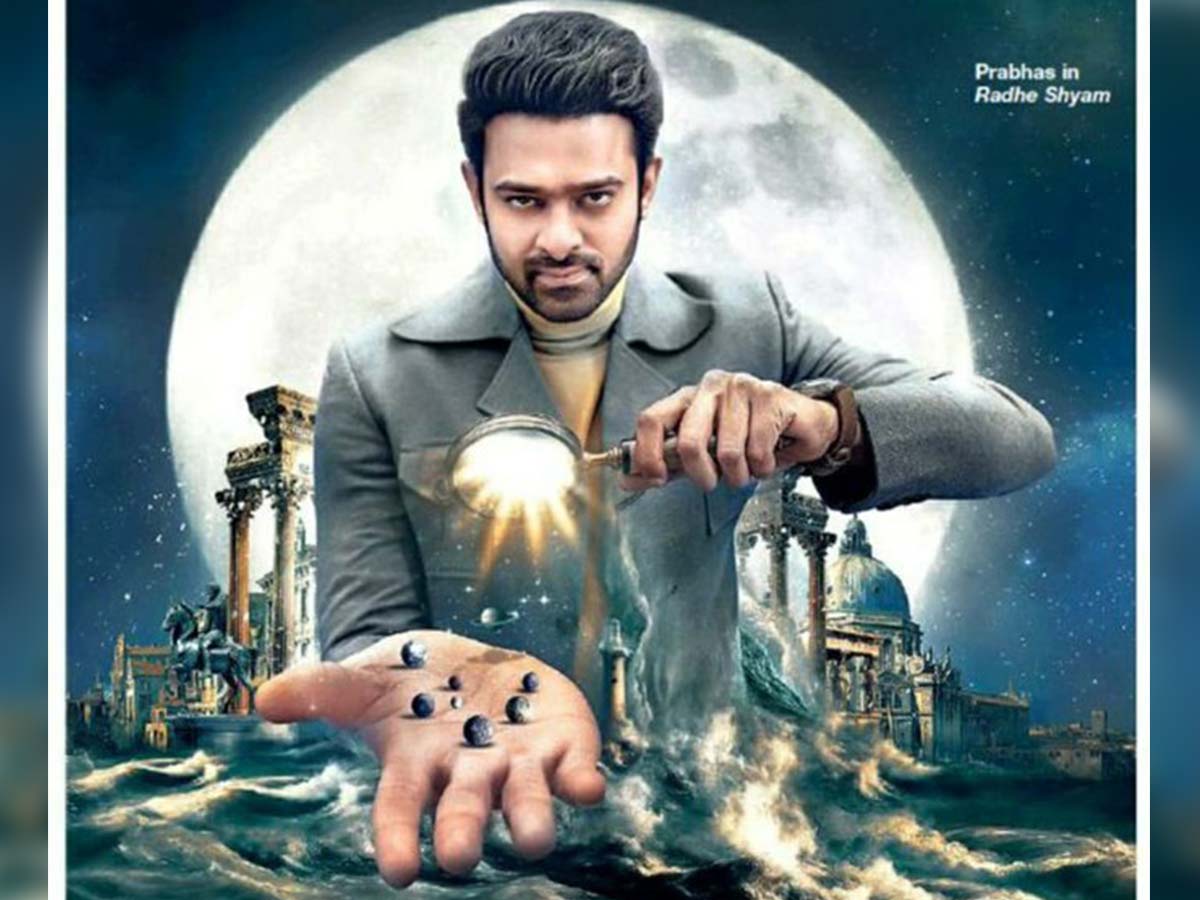 The  team of  Radhe Shyam is busy in the promotional activities. The movie is all set to compete with Rajamouli’ magnum opus RRR at the box office. It is known that RRR is releasing on 7th January whereas Prabhas and Pooja Hegde starrer Radhe Shyam will be released  on 14th January 2022. The highly anticipated trailer of  Radhe Shyam is finally up for release today. Today the makers of Radhe Shyam  released an interesting poster that features Prabhas having control over all planetary bodies including the moon.

The makers have been playing hide and seek with the audience on what will be seen in the film. The makers have already confirmed that Prabhas is playing the role of a lover boy Vikram Aditya, which can be termed something extraordinary, we have never seen in Indian cinema.  Today the makers will released the trailer  that will give the hint how the story is going to be unwrapped what is the mysterious character of Prabhas in Radhe Shyam.

The romantic drama is being bankrolled by UV Creations production. Directed by Radha Krishna Kumar  of jil fame and edited by Kotagiri Venkateswara Rao.