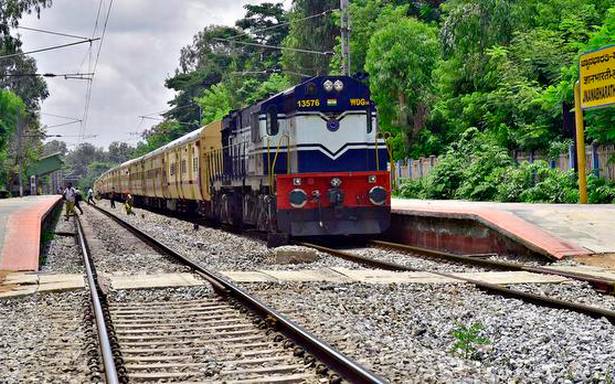 The Indian Railways, the country’s largest employer and transporter, is heading for a major restructuring plan that could lead to the closure of major establishments, merger of decades-old organisations and private participation in running of its schools and hospitals.

While senior railway officials were of the view that the recommendations would be taken up for further discussion, the closure of the IROAF has sent out a signal that the proposal could be implemented partly or wholly in due course of time. Last week, the Cabinet Secretariat, Rashtrapati Bhavan, wrote to the Chairman and Chief Executive Officer, Railway Board, calling for monthly reports to intimate the action taken on the rationalisation plan, official sources told The Hindu on Friday.

In what could be a major coming together of organisations working on the Information Technology platform, the panel recommended winding up of CRIS, an autonomous society that develops software capacity in the railways that includes passenger ticketing, freight invoicing, passenger train operations, management of train crew and management of fixed/rolling assets, and handing over all its work to the Indian Railway Catering and Tourism Corporation (IRCTC).

Going by the plan, RailTel, one of the largest telecom infrastructure providers in the country that focuses on modernising operations and safety systems through optic fibre networks that exist along railway tracks, would be merged with IRCTC. It has been proposed for the Rail India Technical and Economic Service (RITES) that exports rolling stock to take over Braithwaite & Co Ltd., (BCL) which turned sick in 1992, the sources said.

Among other recommendations were the merger of Rail Vikas Nigam Limited (RVNL), which implements projects relating to creation and augmentation of railway infrastructure, with the Indian Railway Construction Limited (IRCON), a specialised infrastructure construction organisation. The panel said both RVNL and IRCON had similar functions and hence could be merged.

Merger of Central Training Institutes with the National Rail and Transportation Institute after upgrading the latter into a Central University and an Institute of National Importance, roping in private participation for investments to enhance healthcare facilities open to all in the 125 railway hospitals and 586 health units/polyclinics was also proposed, the sources added.