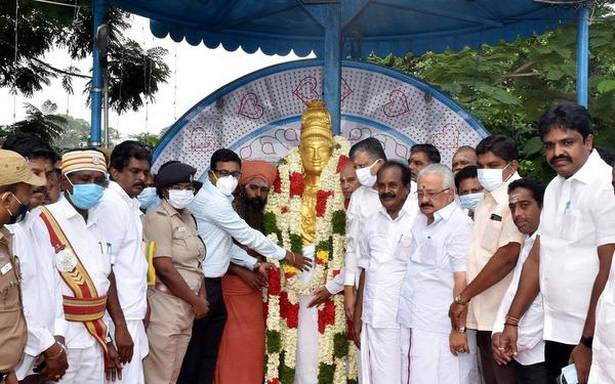 Collector Dinesh Ponraj Oliver and other dignitaries garlanded the statue of the Emperor installed at the Cholan Park near the Big Temple complex as part of the commemoration of the birth anniversary of the Chola Emperor. Distribution of clothes to temple staff, recitation of Tamil hymns and special anointment of the presiding deities were organised at the temple by the Sathaya Vizha committee.

Later in the evening, the decorated idol of Raja Raja Cholan was taken in a procession within the temple precincts.

The Sathaya Vizha celebrations, normally held over two days, has been restricted to a day for the second consecutive year in view of the COVID-19 pandemic.