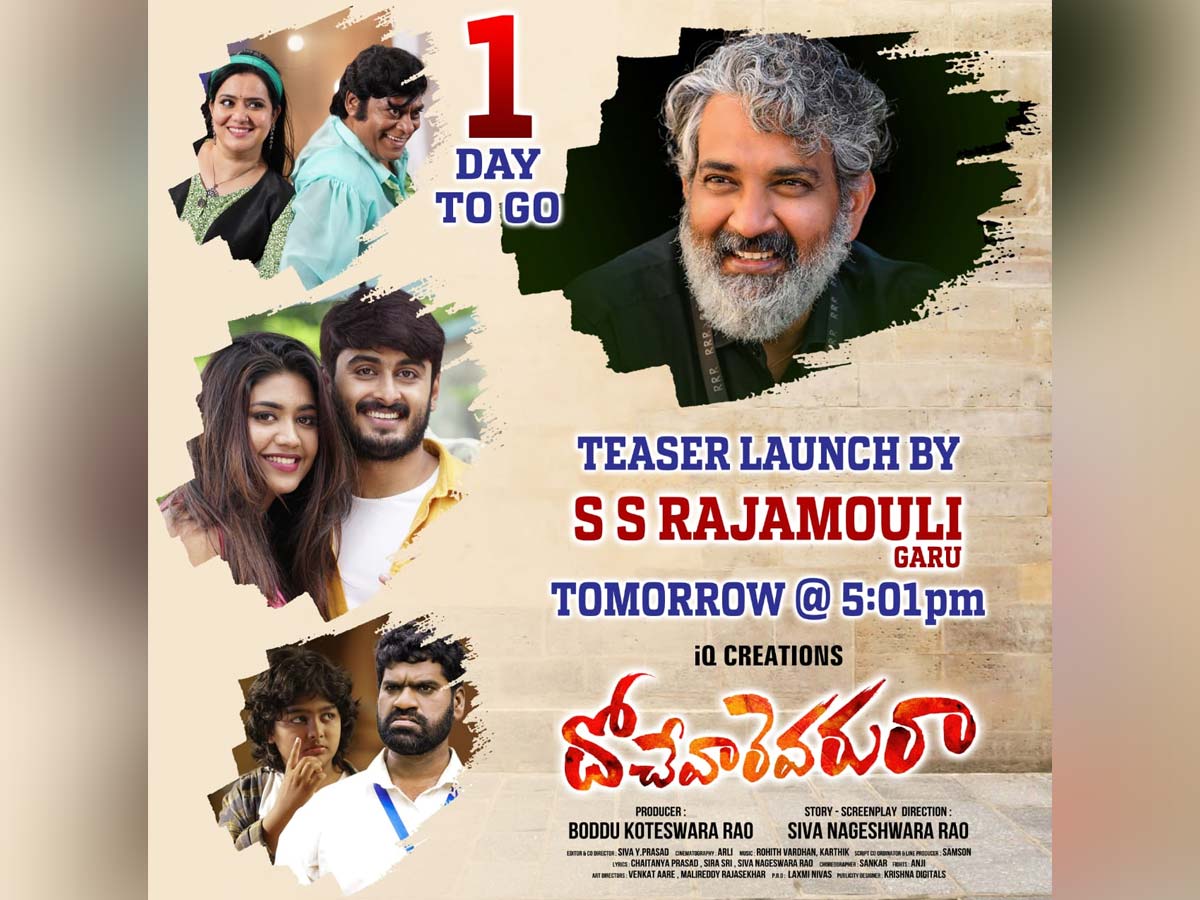 Dochevarevarura’ is an upcoming Telugu  movie directed by Siva Nageswara Rao. The film is bankrolled by Boddu Koteswara Rao under the banner of IQ Creations. Now according to the latest report, SS Rajamouli who is best known for making Baahubali series, Eega and recently released blockbuster drama RRR, has come in the support of this film Dochevarevarura.

Rajamouli is all set to unveil the teaser of Dochevarevarura tomorrow 29th  July at 5.01 PM. Today morning the makers confirmed the same by releasing a new poster on Twitter handle.

In the month of April, the sensational film maker Ram Gopal Varma aka RGV released the first look poster of the film and said, “The title ‘Dochevarevarura’ is interesting. I hope the movie  is as good as the title. I have known the director Siva for many years.”

The movie Dochevarevarura  starring Ajay Ghosh, Bithiri Sathi, and others.

On the work front   Rajamouli, a director of 11 Blockbuster movies in a row, a techno-genius director using more than 4,500 VFX shots in Baahubali movie creating a benchmark in Indian cinema history, a creator of Baahubali Brand equity rather than a movie itself and Bahubali merchandise comic books, novels and animation,  is basking in the glory of his historical drama Roudram Ranam Rudhiram (RRR) with Ram Charan and Jr NTR.